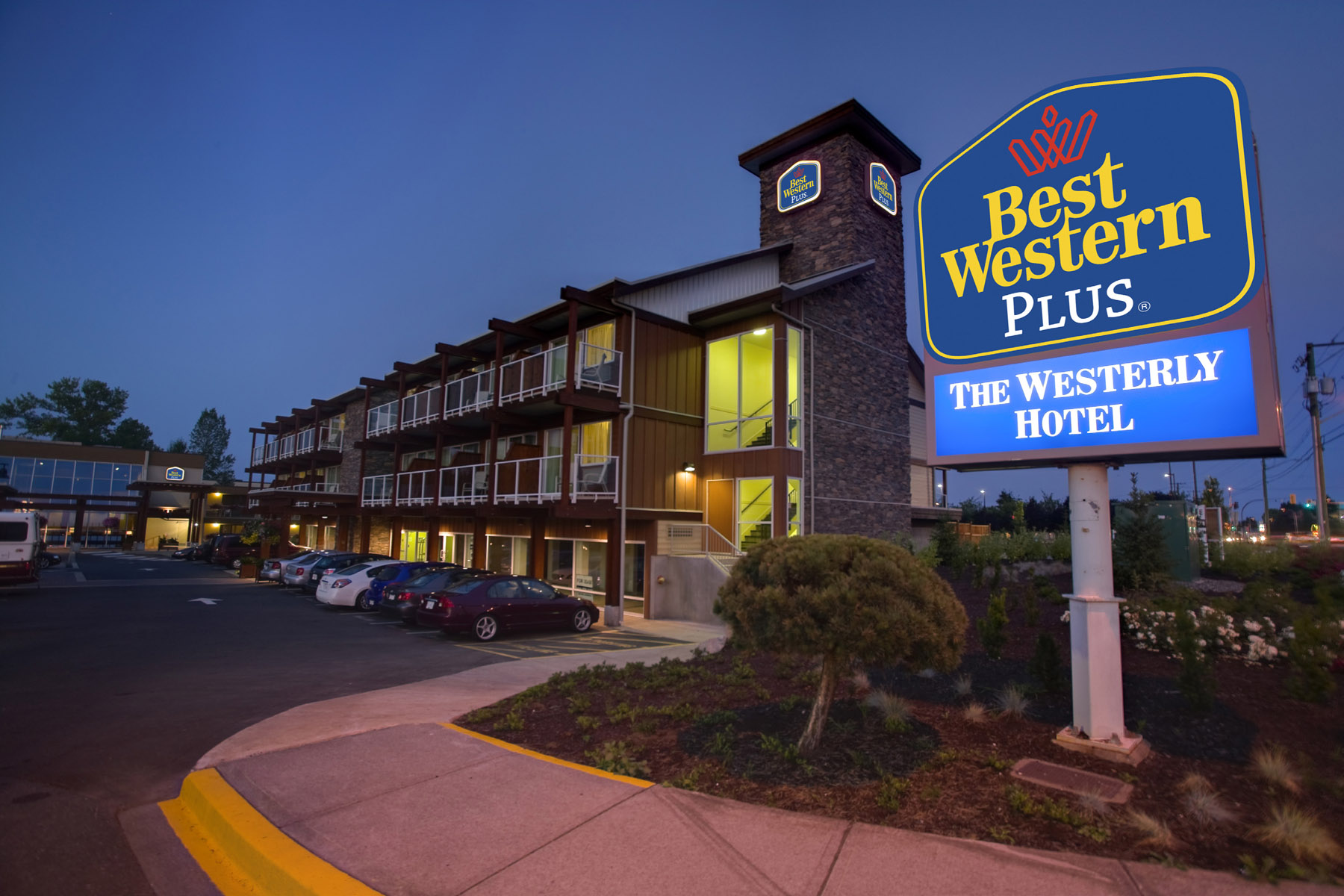 In the news this week is a dispute between Courtenay’s Forbidden Brew Corp. and their landlord, operator of Best Western’s The Westerly Hotel, a longtime Comox Valley landmark, resulting in the unexpected closure of Forbidden Brewing Co. due to lockout. Forbidden’s owner Michael Vincent has circulated a news release (below) and has posted about the situation on Facebook, which has garnered some attention. The > 180 comments to date have tended to fall into these categories:

What’s Brewing has spoken to some who are familiar with the situation, including Mr. Vincent, to shed some light on the story.

Forbidden Brewing opened its doors adjacent to the Westerly Hotel in summer 2015, sporting a small and unusual brewhouse. They managed to take home a trophy in their first year at that Fall’s BC Beer Awards, a fantastic accomplishment. They won again at last year’s Awards. To date, Forbidden’s products are available locally only.

Others in the province have similarly started with a small brewhouse and made a go of it, which is not easy. Vincent candidly mentions that profitability has suffered due to the high rate of work it takes to make their beer, a product that is expensive in comparison to that which a more efficient setup could produce. However the location Forbidden has enjoyed–located in the parking lot of a major hotel, along with the accompanying foot traffic–seemed at first (at least to us at What’s Brewing) to be a potential advantage.

Their original lease rate, negotiated with the hotel’s representative (Rick Browning on behalf of Courtenay Lodge Ltd.), could be described as a “sweetheart deal”: effectively just north of $700/mo for a 2900 square foot location. The original lease term ran from 2014 to 2017, with options to renew until 2019 then 2022.

In 2017, a company called Synergy Properties Ltd. acquired the hotel, and along with it, the arrangement with Forbidden Brewing. Rick Browning (who was apparently co-owner of Courtenay Lodge  Ltd. with a Mr. Stan Springer) retained his management role. Vincent reports that, around that time, he started to feel that there were signs that the hotel was no longer pleased with the lease arrangement, and that the direction the hotel’s new owners wished to go with the property was quite different from what he felt had prevailed before.

One of Synergy Properties’ projects around the Westerly is Riverside Senior Living, an “Assisted Living” complex that opened in July 2017, adjacent to the hotel. Some have suggested that their long-term plans, including a serious investment in senior’s housing, simply do not include a brewery on the property.

Across the courtyard is the hotel’s main watering hole, the Flying Canoe. Formerly a nightclub, is has in recent years been toned down into more of a beer-forward pub. Its beer taplist is the focus of the “boycott” mentioned in Vincent’s news release below.

The hotel apparently filed Notice of Civil Claim in December 2016 for an amount of lease payments that it contended was outstanding. Aside from its interest in collections, some have suggested the hotel may have become frustrated with the (seemingly generous) terms of the original lease agreement. In what may be a case of trying to retroactively undo a bad deal, the hotel also asserted that the lease was not properly renewed in 2016. Details of the resulting legal dispute regarding the lease can be found here, including a September 2017 court ruling that the lease is still in effect (ie, legitimately renewed in 2016 through 2019) and that both the landlord and tenant should bear their own legal costs (ie, no “winner” in this situation).

On November 2nd 2017, Courtney Lodge Ltd. filed a new notice of civil claim, suing Forbidden for allegedly causing “discomfort and inconvenience” via noxious fumes from its beer-making operations. Since then, on February 8th, the landlord posted a Notice of Termination stating that the lease has been cancelled, outlining a number of reasons including $1,982 owed in back rent. A bailiff then padlocked the brewery, apparently temporarily turning off its power (there have been disputed utility expenses in the past). This will without doubt cause significant loss of product for Forbidden; Vincent estimates that ~ 2000 litres of beer will be unusable.

Vincent responded by announcing the situation on Facebook, leading to the response described above. It would be safe to say that the hotel management are unhappy with Vincent, but he points out that they have not been in direct communication with him as of late. He would like to expand the brewery, and recently ordered a new 10 HL brewhouse which he hopes to take delivery of this Spring in order to transform the brewery’s efficiency, as described above.

Personally, I have stayed at the hotel, during Spring 2016, as a guest of Comox Valley Tourism, specifically for the purpose of visiting the area and writing about local beer tourism opportunities. My wife and I enjoyed our stay, and certainly had no problem with the hotel, which was at the time under different ownership as noted. We also gave the brewery a good review when we covered it in our magazine.

Regardless of who is at fault here–and, like the aforementioned legal judgment, some in the craft industry/community have suggested that both parties can be construed to bear responsibility for the current situation–What’s Brewing is always concerned when a member of the BC craft beer community is in serious trouble. The same goes with some of the breweries that are close to Forbidden. Owner Michael Vincent has provided evidence of this in the form of the press release that follows.

In support of Forbidden Brewing, local breweries are refusing to sell any more beer to the Flying Canoe, which is owned and operated by The Best Western Hotel in Courtenay.

On the morning of Feb 8, Michael Vincent, owner/operator of Forbidden Brewing, showed up at the brewery as usual. He was shocked to find that the landlord had changes the locks and shut off the power, exposing thousands of liters of beer to potential spoilage.

Attached  to the inside of the door were a “Notice of Termination” and a “Notice to Quit”, claiming that Forbidden is in default of its lease.

“The court already ruled against their  first claim that we were in breach of our lease, then they immediately started a new action against us, which is currently ongoing” stated Michael. “ This seems to be a third action, which has come out of nowhere and it has completely blind-sided us”.

Forbidden is set to make the move from a nano-brewery to a micro-brewery in the very near future. They have been tenants at The Best Western Hotel since the summer of 2014. Relations between the landlord and the brewery began to get challenging right around the time the new owners, Synergy Properties, began looking at the purchase and development of the hotel and property. “The ownership has a proposal and building permit in with the city, they are turning some rooms into residences, and looking at building a new structure as an assisted living development. It is possible that we simply don’t fit into their future plans” said Michael.

Forbidden Brewing has invested a significant amount of money in capital improvements at their current location, which they expected to amortize over their 8 year lease. It sounds like Forbidden are currently being bullied out of the space. One would expect a billion dollar international real estate Investment Company to proceed in a more responsible manner.

FEB 22nd Forbidden Brewing has had victory in court and have been granted access to resume business immediately.

April 3: Notification Letter: Electricity to be cut off on May 4th