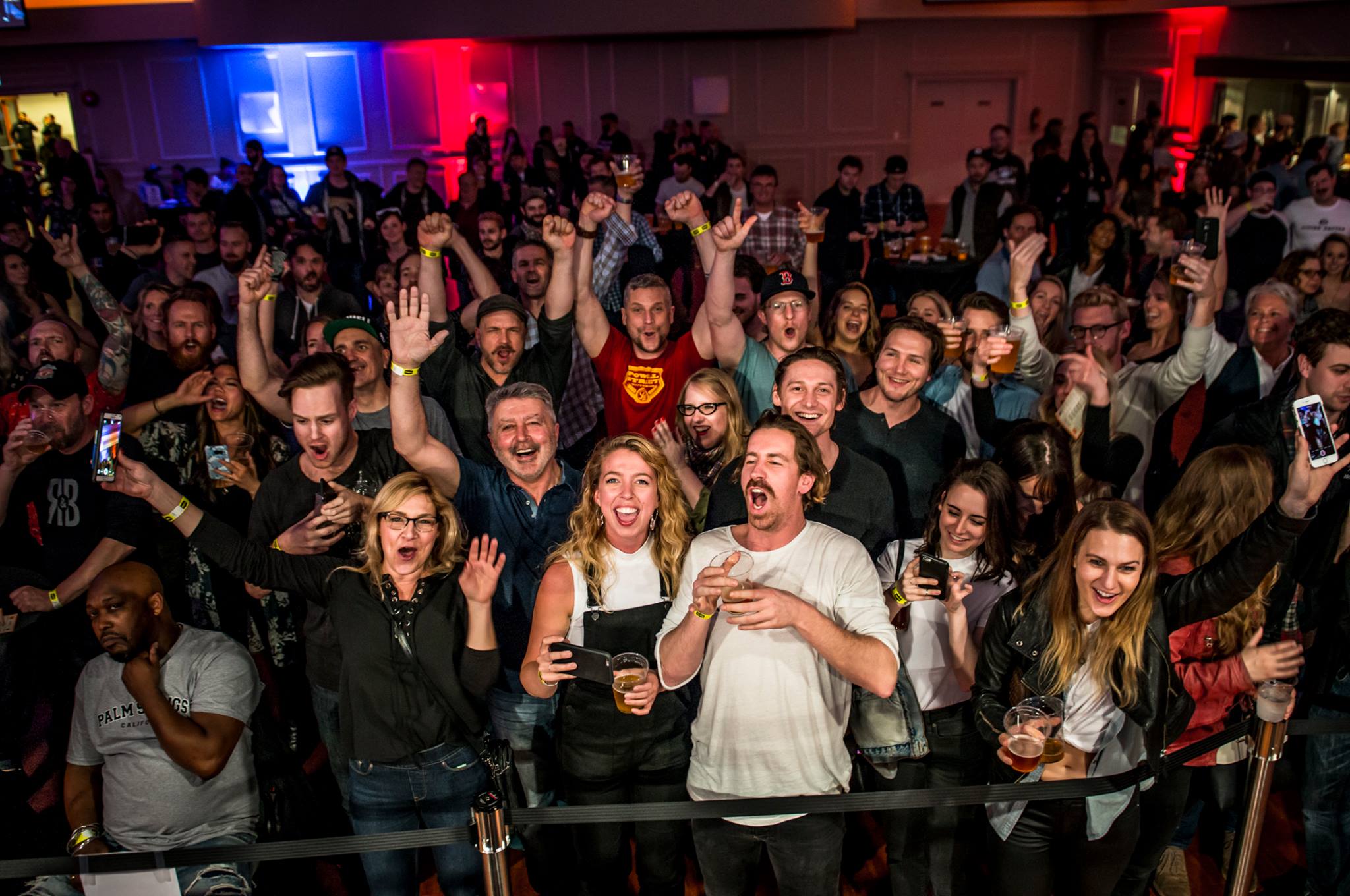 BEER WARS is back! On April 8th, after months of training, contenders from the craft beer community in Vancouver go glove-to-glove at the third annual BC Beer Wars! Contenders from 35+ local breweries and industry partners, have been working their butts (and beer bellies) off at Eastside Boxing Club with Coach and Beer Wars Founder Dave Shuck and his team, in preparation for the big night. Returning to the Croatian Cultural Centre on Commercial Drive, Beer Wars promises to deliver an action-packed night of intense matches. Arrive thirsty and ready to cheer!

How did it all start? There were two goals; fitness and giving back. Chris Bjerrisgaard, Event Co Collaborator and craft beer industry veteran shares:

“I joined up with Dave to start Beer Wars for a couple reasons. First and foremost I believed in the kids program at Eastside. I know boxing can really help young people, especially those at risk, as it did so much to help me when I was younger. When Dave approached me with how I thought the beer industry could get involved, I began to notice a lot of parallels between restaurant industry (ie. Aprons for Gloves) and the beer industry – with maybe the exception that we’re in worse shape on average due to our beer consumption. Needless to say, it made sense to run a similar program that would help get our collective butts in a bit better shape, but geared a little more towards the needs of the people in our industry. Basically, I guess I just wanted to help expose more kids to boxing, and get the beer industry in a bit better shape in the process.

Plus it is a good excuse for a party…”

Beer Wars is a fundraiser. Approximately $60k has been raised over the past two years. Who benefits? Leigh Carter, Eastside’s Coordinator explains:

“Proceeds from Beer Wars go directly to Eastside Boxing Club. These funds help them carry out their social programs including: 1) free self defence classes, 2) free after school program for at-risk youth, and 3) social scale program for young adults struggling with their mental health. In addition to assisting with social programs, Beer Wars helps to maintain a space where Eastside can partner with other community organizations to fill in the gaps in community resources like the Frontline Fight Club, created in partnership with the Health Emergency Management BC, and Portland Hotel Society — providing free boxing classes to front line workers dealing with the fentanyl crisis.”

Tickets are on sale now for BEER WARS starting at $45 for a single ticket, and new this year – $250 for a Ringside Table for up to 4 guests and includes your first beer. Beers are $6 – sample from 15+ local craft breweries. Nothing beats a pint and a fight!  Purchase your tickets here. (http://bit.ly/BCBW2018)

BEER WARS is brought to you by:

BC Beer Wars – The Purge