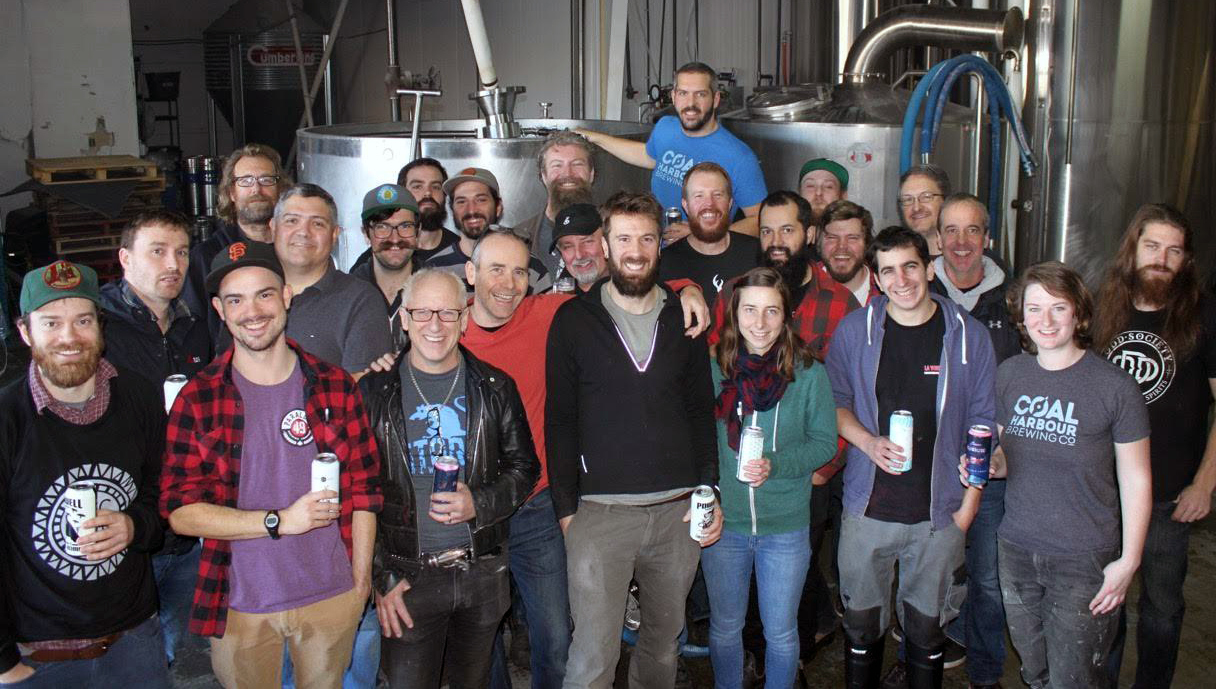 Yeast Van was a term that I first heard mentioned by the living legend that is PGT (yes, that’s his name) at Parallel 49 Brewing to describe the burgeoning brewing scene that was taking over the industrial northern part of East Vancouver. Like most people, I thought that it was apt and cute, although I realize some folks are turned off by the mention of “yeast” for some reason. I really like the name because it unites all the alcohol producers in the area as both cideries and distilleries also rely on this magical fungus. It remained quite a colloquial term to loosely demark the different brewing areas of the city and create a friendly rivalry with the Main Street contingent.

Some visitors are pleasantly surprised that there are so many breweries in proximity and praise us for being so foresighted in our planning. This is very nice of them, but as I have to point out there are only a few parts of the city zoned for our industry and that’s where we have to go. Who would have thought that this area of the city, previously infamous as a red light district filled with drug users and derelict warehouses, would become a major tourist spot?

Back in 2013 as President of CAMRA Vancouver, I (and others) spoke to the Mayor and council about changing their rules so that tasting rooms could become the beer lounges we know and love today. They voted unanimously to allow lounges, but remained incredulous that this problematic area that had been in decline for years would become the tourist draw we predicted.

When I launched Real Cask Brewing in conjunction with Callister, we were introduced to a casual working group composed of representatives of all the breweries in the area. We met once a month and talked shop, inviting the as-yet-unopened breweries to the table to give them advice and help. We plan events like the annual Hop Circuit open house for anyone interested to come and see behind the scenes. We also print maps that you might have seen in hotels or on ferries to help navigate the mean streets of the colourful East Hastings corridor.

For our group’s purposes, Yeast Van is generally defined as the area from Main Street in the west to Nanaimo Street in the east and from Burrard inlet in the north to Terminal/1st Ave in the south. It straddles Strathcona and a chunk of Brewery creek but most breweries are in the Hastings Sunrise / East Village community. Breweries included are: Andina, Bomber, Callister, Coal Harbour, Doan’s, Luppolo, Off the Rail, Parallel 49, Postmark, Powell, Storm, Strange Fellows & Strathcona. Sunday Cider and Odd Society Distillery are also members even though they aren’t breweries. Nowhere else in Canada can match this level of density, quality and variety.

People unfamiliar with the brewing community in Vancouver are often surprised that instead of being cut-throat competitors we are not only friendly, but very cooperative and social, after all many of us were craft beer drinking buddies before we opened breweries.

As more and more companies join the group, it became clear that we needed to incorporate as a legal entity (albeit in a loose East Van kind of way) so we are currently in the process of becoming a co-operative of organisations. Our current project is to brew a Double Pale Ale collab between all 12 breweries with each of us contributing a different hop variety.

A few awesome suppliers, including BSG, West Coast Canning and Summit Print offered to donate malts, cans and labels respectively. We wanted to pay that forward so we’ve earmarked money from the sales equal to the donation value to go to the Greater Vancouver Food Bank. The rest of the revenue is set to be spent on awesome top-secret projects for the neighbourhood to solidify its position as Canada’s craft beer capital.