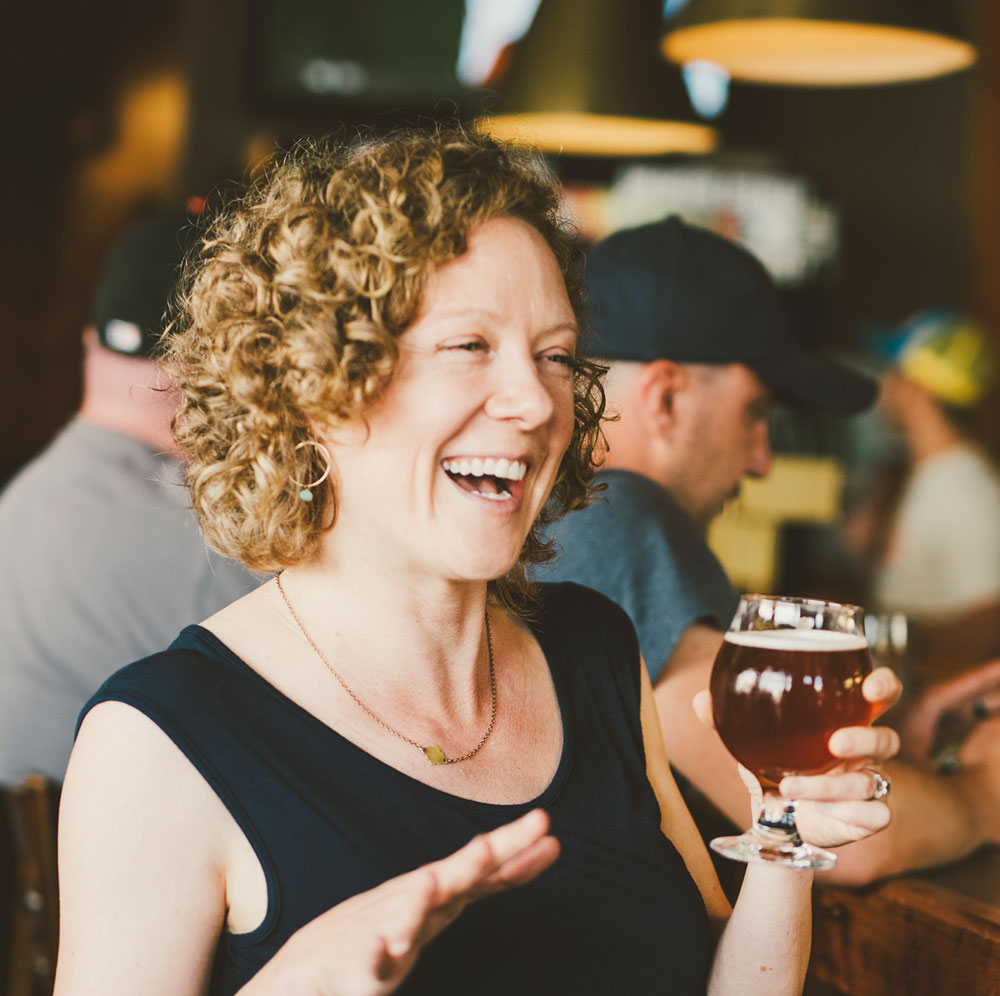 I can’t wait for this test to be over.” — The author’s husband. in My Beer Year

Having recently passed my BJCP (Beer Judge Certification Program) exam, I can relate to much of Lucy Burningham’s prep for the Cicerone exam. Although the BJCP is designed for homebrew competitions while the Cicerone program is more industry and serving focused, there is much in common between the two tests (The overlap is so far between the two tests that the Cicerone exam uses the BJCP style guidelines). However, while I spent probably too much time drinking and reading the style guidelines on my couch, the author of My Beer Year takes her year of study to cram in all the beer-related adventure she can, from visiting hop farms during the harvest, attending the Great American Beer Festival, even to traveling to Belgium and Germany. If you have ever read the style guidelines extensively, which I won’t inflict a sample of here, you might understand why I wish I might have taken more of Burningham’s approach.

My Beer Year would be perfect reading for those thinking of taking the Cicerone or BJCP exam, or like me, have just finished. Even better, I think, would be those in the beer vortex of studying who might be able to convince themselves that this book still qualifies as studying or who just need a break from style guidelines.

Another way in which Burningham’s approach to beer learning was different than mine was while I spent a lot of time studying alone, Burningham seemed to find access to lots of different beer insiders, specifically to brewers. These industry pros, some more famous than others, provided quite a few golden nuggets of advice about all things beers that I never had. In this way she learns about beer, its history, how to brew it better, how to be a better taster and how to prepare for the exam, plus much else. Burningham’s experience as a journalist clearly helped with accessing this wealth of experience but it is a credit to her and her book that so many giants of the beer world and their opinions on so many diverse aspects of beer made into one book.

My Beer Year stands out as a beer book for several other reasons as well. The book never shy’s away from talking openly about the darker side of beer. It is something of an open mystery how there can be so many beer books and so many pages of ink about alcohol without the slightest reference to hangovers. Another example of this is how Burningham, almost bittersweetly talks about her changing expectations as she learns. Such changing expectations include her lack of concrete learning during the beer fest and the use of dextrose in craft beer. This adds a level of personal realism to her writing.

Burningham also stands out as one of the few writers who writes in a very open way about the still present but quickly changing gender divide within beer, not just in the industry but also within the beer nerd crowd. Although there are many beer books written by women, I found Burningham’s frank discussion refreshing. We need, as a culture, to overcome our gender stratification of beer drinking. Women can and do love to drink beer just as much as men. Port Moody on a Friday night is a great example of crowds of female beer drinkers without a single sugary, purple drink to be seen.

It has never been quite clear to me what exactly this thing called “Creative Nonfiction” is. After reading My Beer Year, I think I have a more clear picture, at least in terms of beer writing. Burningham, who has a Masters Degree in Creative Nonfiction from Portland State University integrates herself, her life with her husband and young son, and her love of beer in a way that I have not encountered in any other book. If this sounds abrasive or boring I assure you it is not. The way Burningham integrates her life, with her search for greater beer knowledge and adventures is seamless and seemingly effortless. Without providing her own viewpoint as she goes through her beer year of adventures would greatly diminish her book and its readability. And readable it is. This book is quaffle, session reading in which the pages and time, like a nice couple of pints, seem to slip by.

“The whole time, I was searching for one thing: evidence of beer. My world had become a place where beer was not just a drink delivered in stange glasses but something interwoven with religion, architecture, and mythology. In Europe I’d started to view beer as a thread through human history. Instead of creating access to new territory, like a ribbon of fresh asphalt, beer was a cobblestone street worn smooth by generations of feet and bicycle tires.” p. 233