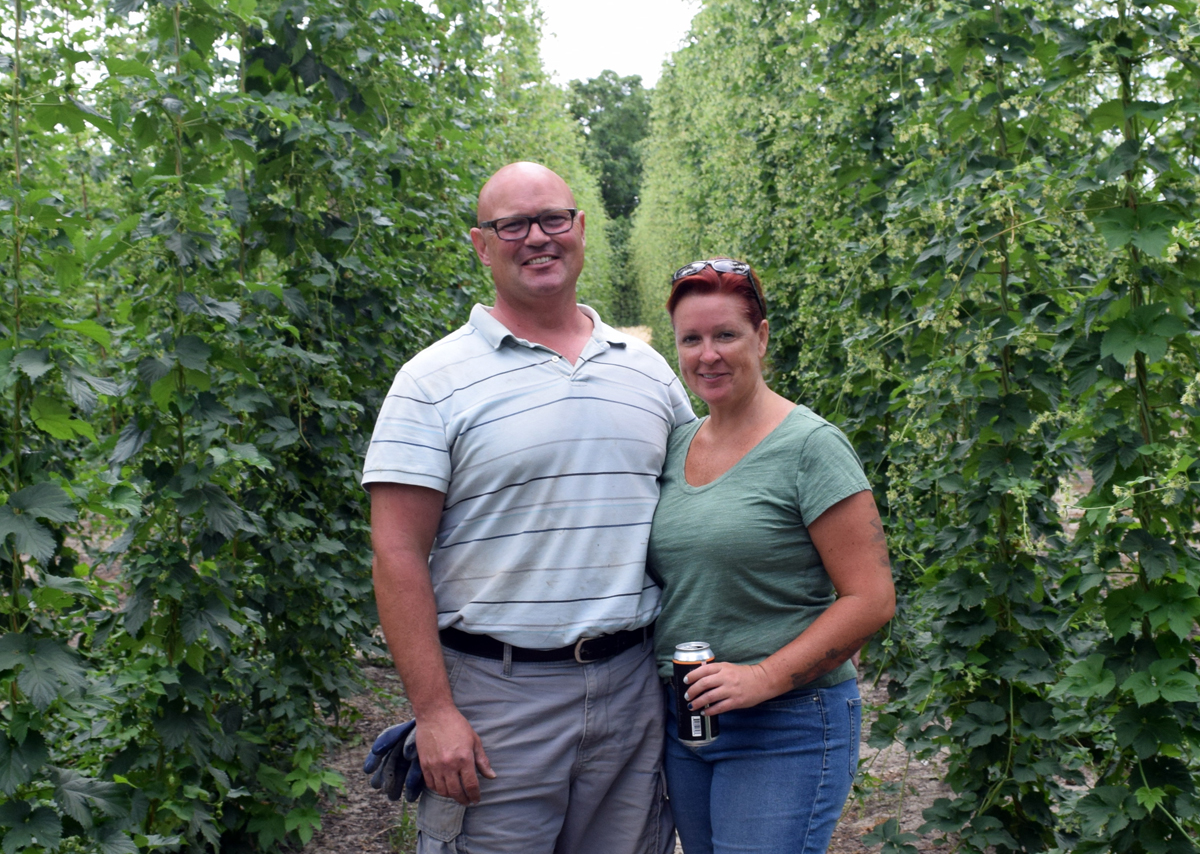 Hopping Up in Wine Country

Kari and Brent bought their land in November 2014. They first considered planting either grapes or apples, but felt the land was better suited to growing hops. Kari explained, “we love craft beer, and we decided to start where beer begins and plant hops.” Square One Hop Growers was born shortly thereafter.

They have about 1.75 acres planted with just over 2,000 plants. They grow more than 15 varieties of hops including Cascade, Centennial, Chinook, Super Alpha and Willamette. This September, they will harvest Crystal, Triple Pearl and Sterling for the first time. Square One is able to provide brewers with fresh hops during harvest, which will begin in early September this year. They bought a pelletizer last year, so they are also able to provide brewers with hop pellets year-round.

“Hop growing is magical,” Kari says. “The plants change daily. It’s an amazing thing to watch. These plants go from nothing to 22 feet, growing a foot a day in June. After the summer solstice on June 21, the plants stop growing up and start growing out and growing cones. It’s really magical. With every hop variety, the hops look different and the cones look different. When you look in the hopyard, it’s like a forest; it’s a wall of green. Then you get close and smell. You can smell characteristics in the hops that you can smell later in the beer.”

Here are more images from Square One Hop Growers: