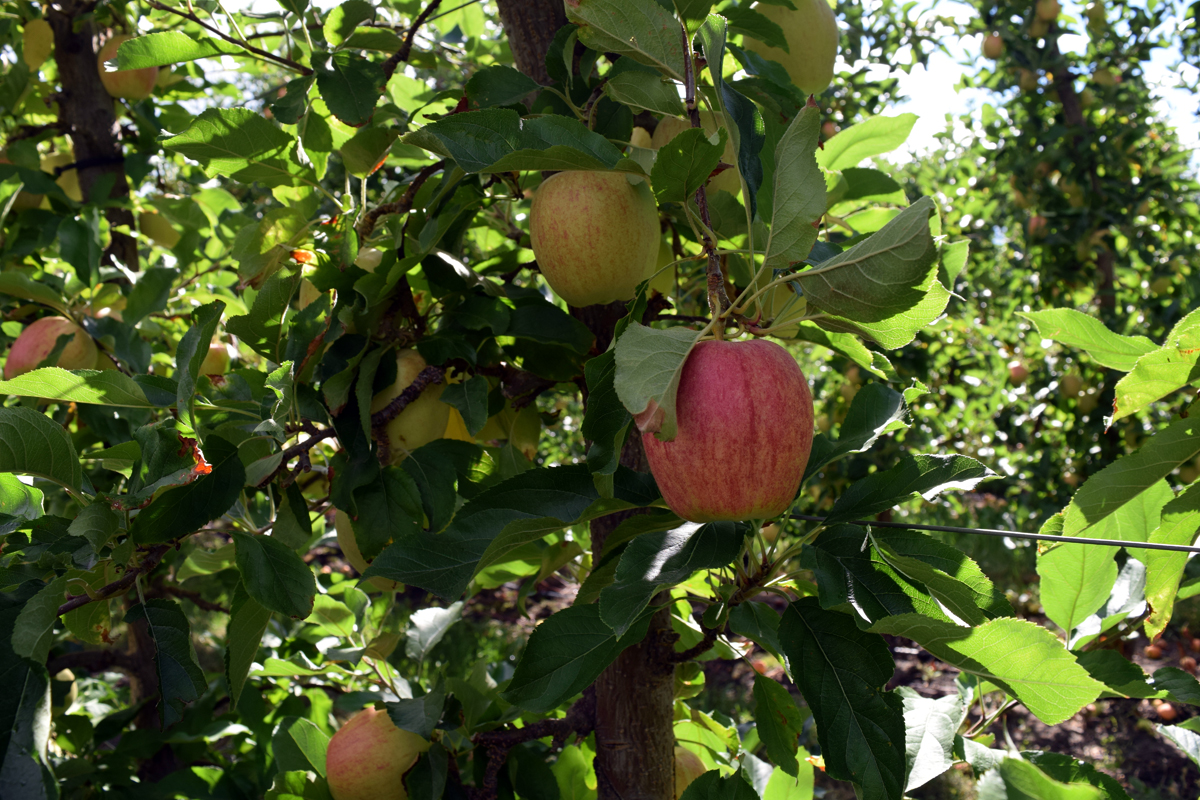 Last summer I noticed many new BC craft ciders appearing on the market. My wife isn’t particularly fond of beer but enjoys a nice cider, so I ended up purchasing many bottles over the summer and it got me thinking about making some cider of my own. I had heard of some Vanbrewers members making cider from store bought apple juice and decided to try it out. I found a downloadable PDF from Northern Brewer, “A basic overview of making hard cider from juice” that gave me enough information to feel comfortable.

I think it was September when I saw a flyer for the Real Canadian Superstore advertising Sunrype blue label apple juice on sale for $0.79 a litre. We headed there and went through the line twice as there was a limit of 10 per purchase. Later that week my wife picked up a litre of pear juice at a small produce store in Surrey. With a total of 21 litres of juice I then visited my local Homebrew shop and picked up some yeast nutrient and some dry English cider yeast.

Straight apple juice will give you a cider with about 4.5% to 5% so if you like it stronger you can add some corn sugar. A lb to 5 gallons adds about 1% alcohol.

On the day I mixed a lb of corn sugar with a few cups of boiling water and left it covered to cool. After cleaning and sanitizing a carboy I sanitized scissors and each box of juice. I carefully filled the carboy with the juice, added about a tsp of yeast nutrient, poured in the sugar water, and pitched the yeast, before fitting the carboy with an airlock.

Two weeks later we bottled in one litre swing tops with 3/4 cup of priming sugar and some gelatin. Two weeks after that we anxiously poured some samples. I was surprised. Surprised with how delicious this cider was. I preferred it over some of the commercial examples I have purchased. I was also surprised with the cost. In total this cider cost me about $1.50 per litre. Very economical. And the time commitment was a fraction of the time invested in a batch of homebrew.

I prefer a dry cider and this was very dry. If you prefer cider a bit sweeter then I would recommend filtering and back sweetening with apple juice or frozen concentrate before force carbonating.

The finished cider was a little bit hazy. I have since learned that a bit of pectin will help clear that up.

Is cider yeast necessary?
No. I know Cider Riot! in Portland uses ale yeasts to create their products so the yeast you have on hand will do just fine. The one thing you will need is yeast nutrient though as apple juice does not provide everything your yeast needs to be healthy.

In the future I may try adding other juices to the apple juice such as raspberry or lemon. I have had some dry hopped examples that were quite good so I may try that as well. As with brewing beer there is plenty of room for experimentation and exploration.

Try something different and go make some cider!