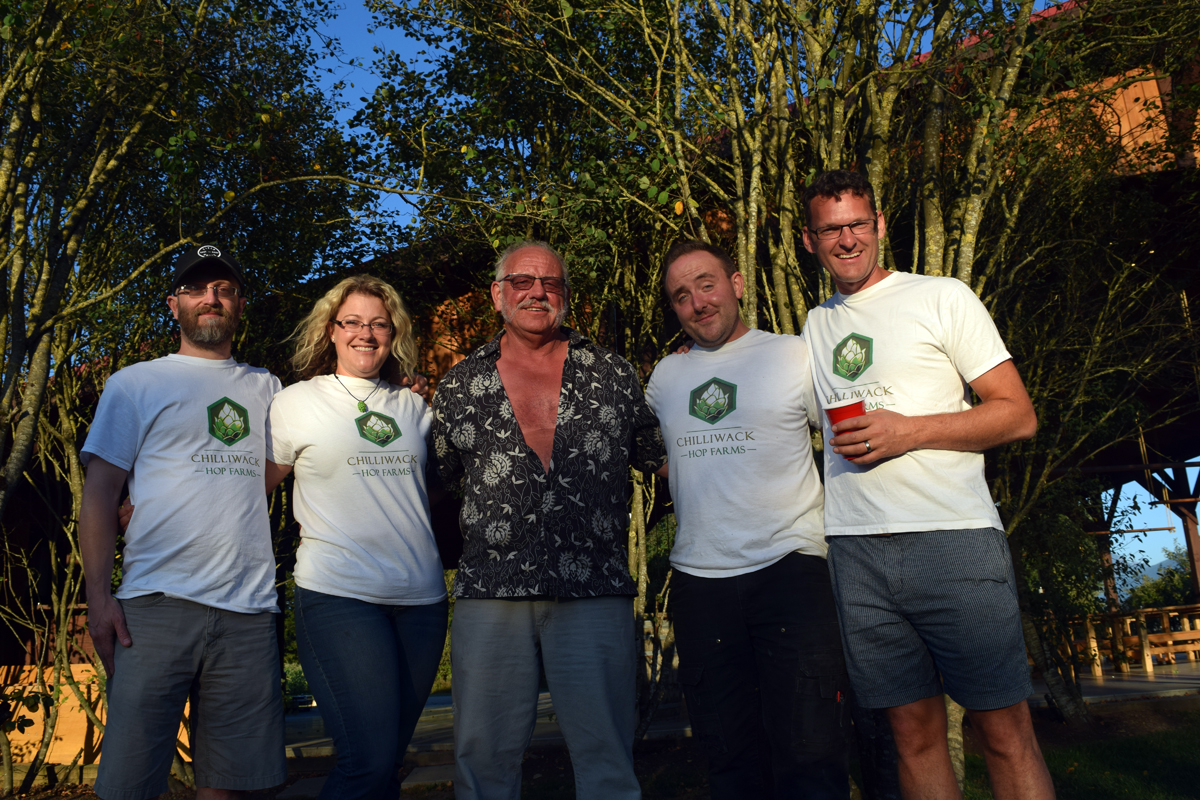 Four of BC’s hop growers talk about the industry

As part of our Harvest Issue coverage, What’s Brewing invited a handful of BC hop growers to answer questions about their operations. Amongst the respondents, we have firms ranging from boutique start-up to Canada’s largest hop business. Here’s what they had to say about their situations, as well as the realities of the BC hop industry.

What drew you/your company into this industry?

It started with three acres planted in 2010 with the intention of growing hops for Molson. Ultimately, the craft beer boom in BC meant that by the time our first commercial harvest was ready, there was sufficient local demand to sell our entire harvest to the craft industry!

Initially, our interest in hop growing came from being home brewers and home distillers, catching the excitement from the craft brewing revolution when it first began, and being intrigued by Chilliwack’s long history of hop growing. In addition, we were encouraged by Rick Knight, long-time Chilliwack resident and the former general manager for the John I. Haas Company’s Chilliwack operations, to help rebuild the BC hop growing industry.

In the last seven years, we have expanded to 305 acres (and counting) to keep up with demand from the craft brewing industry around the world.

I was having breakfast with the owner of Ravens Brewing, and he mentioned that he was looking for a place to grow hops. I knew our family farm was looking for a new crop, and that conversation started our journey.

I was interested in having a vineyard, but after researching the climatic preferences of hops, decided hops was the way to go. That, and the huge explosion of craft breweries in BC, made hops the obvious choice.

My wife responded to an ad in the spring of 2015 to help plant some hops. I joined her the next day and never left. It seemed like such a cool idea I was immediately captivated.

Also, I felt that our hopyard was a real innovation in First Nations agricultural development, and wanted to be on board. There is a little-known but lengthy history between First Nations and the BC hops industry: many were hired as labour. Now, in our case, they own it.

Is your hop acreage owned by your company, or is it a cooperative / arrangement with other farmers?

VIHC:
I rent one acre in Cedar, and have 15 acres (yet to be planted) on Gabriola Island.

BCHC:
All our acreage is owned by the partner farmers that we work with. Land in the Fraser Valley is incredibly expensive, so we partner with existing landowners who want to do something more with their acreage.

CHF:
Part of our hop acreage is owned by Chilliwack Hop Farms itself. The remaining acreage is operated under a joint-venture with farmers in the area with whom we have a crop sharing arrangement.

The acreage we operate under a joint-venture arrangement are spread out across the Fraser Valley from Agassiz to Langley. Our acreage consists of 255 acres grown conventionally and 50 acres of organic hops.

BCHC:
We only sell what our partner farmers grow.

BHH:
Our business sells more varieties and volume than our farm can produce. By necessity, we import a lot from the USA and Europe, as well as smaller amounts from South Africa, New Zealand and Australia. We expect that we will eventually be producing enough to not import as much.

We are doing experimental plantings at the moment with some European types to see how they fare in our climate. But we will always be doing some importing for sure.

VIHC:
I started with rhizomes from Oregon and will continue to expand from my own hops.

We are a vertically integrated hop farm – we are growers, processors, importers, merchants and brokers combined into one operation. We grow 24 varieties and import another 100 or so varieties from around the world, including Europe, the Southern Hemisphere, and the US.

ABOUT THE BC INDUSTRY

What type of reaction do you get when approaching BC brewers to talk about your locally grown products for the first time?

VIHC:
Lots of encouragement and support. Local breweries know they have a strong market for beer made with locally-sourced ingredients. There are only a few Vancouver Island-based hop growers, so we all have a healthy customer base.

BHH:
It’s generally positive. Breweries are generally very supportive. We work with many breweries across the country, and even if we cannot supply every request, they will often buy Canadian when they can.

BCHC:
We get: “Cool. Tell me about your quality.” For brewers quality, consistency, and reliability are their main concerns. Then comes price, and then locality. One very well-know brewer told me that they love to support local. “But if it is local shit, well then it is still shit, and I won’t use shit in my beer.”

This perception has slowly changed, but there still is a sense out there with Canadian breweries that Canadian hop farmers are for “fresh hops”, and that everyday “real hops” come from Yakima.

If you look at equipment, growing practices and processes, many of the larger commercial operators in (for instance) the Fraser Valley (e.g. BC Hop Co., Topp’s Hops and Bredenhof Farms and ourselves) are on par with our Yakima counterparts.

Do you feel that BC farmers can eventually compete with Northwest US hops for the attention of BC brewers?

CHF:
Yes, we feel that BC farmers are already competing with Northwest US hops in BC. We supply many breweries that use BC growers exclusively, not just because they want to support local, but because they believe BC products are just as good as products grown in the US.

There is always room for more awareness and education, and the BC Hop Growers Association is playing an important role in sending out this message.

BCHC:
We are competing now. The area that is a challenge is in the category of US proprietary hops. We have trademarked Lumberjack in an effort to respond to the unique varieties you can only get from certain parts of the world.

VIHC:
I think it will take time to understand the demands of brewers in terms of processing and packaging. Growing hops is fairly straightforward. It’s the processing side that we need to better understand. We’re getting there.

BHH:
Eventually yes, to an extent, with certain varieties only. Innovation is required, and we are accomplishing that through our own blends and varieties. It all takes time, as well as the creation of demand through marketing and provision of a solid product.

It’s important to remember that farming is a long game. Most of the US growers have been in the game for generations. Some of them came to the USA from BC’s Lower Mainland in search of climates more favourable to hops cultivation.

Will there be enough business from BC brewers to help sustain a BC hop industry?

VIHC:
Absolutely. Like many breweries, I want to keep things local. I want to produce a high-quality product on a small scale, and supply hops to breweries that are close by. It’s good for the environment, it benefits the local economy, and encourages sustainable agriculture.

CHF:
We really believe the evidence is in, and that the BC craft industry can sustain the BC hop industry. There are approximately 50 hop growers in the province now, and we firmly believe there is strong market support for each of them, whether through fresh hop sales, or as a processed product.

However, our current market consists of around 300 breweries across Canada, approximately 250 breweries in the US, and breweries in 16 other countries around the world, predominantly in Eastern Europe and Asia.

BHH:
I wouldn’t farm hops relying solely on the BC market. It’s saturated with breweries now, but not all will survive. Similarly, the BC hops market is robust but is already levelling off; there is a glut driving prices downward and creating a backlog of unsold stock from last year’s harvest. Smaller farms may have issues unless they’re well positioned or have clients who will pay more than current market rates to get local products.

BCHC:
There are already more hops in the ground than can possibly be supported by the BC craft beer industry alone. Export is and was always the requirement for a sustainable BC hop industry. The only way we can compete on the world stage is to produce world class hops. This was true in 1905, and is true in 2017.

Some more images from our participating hop growers!