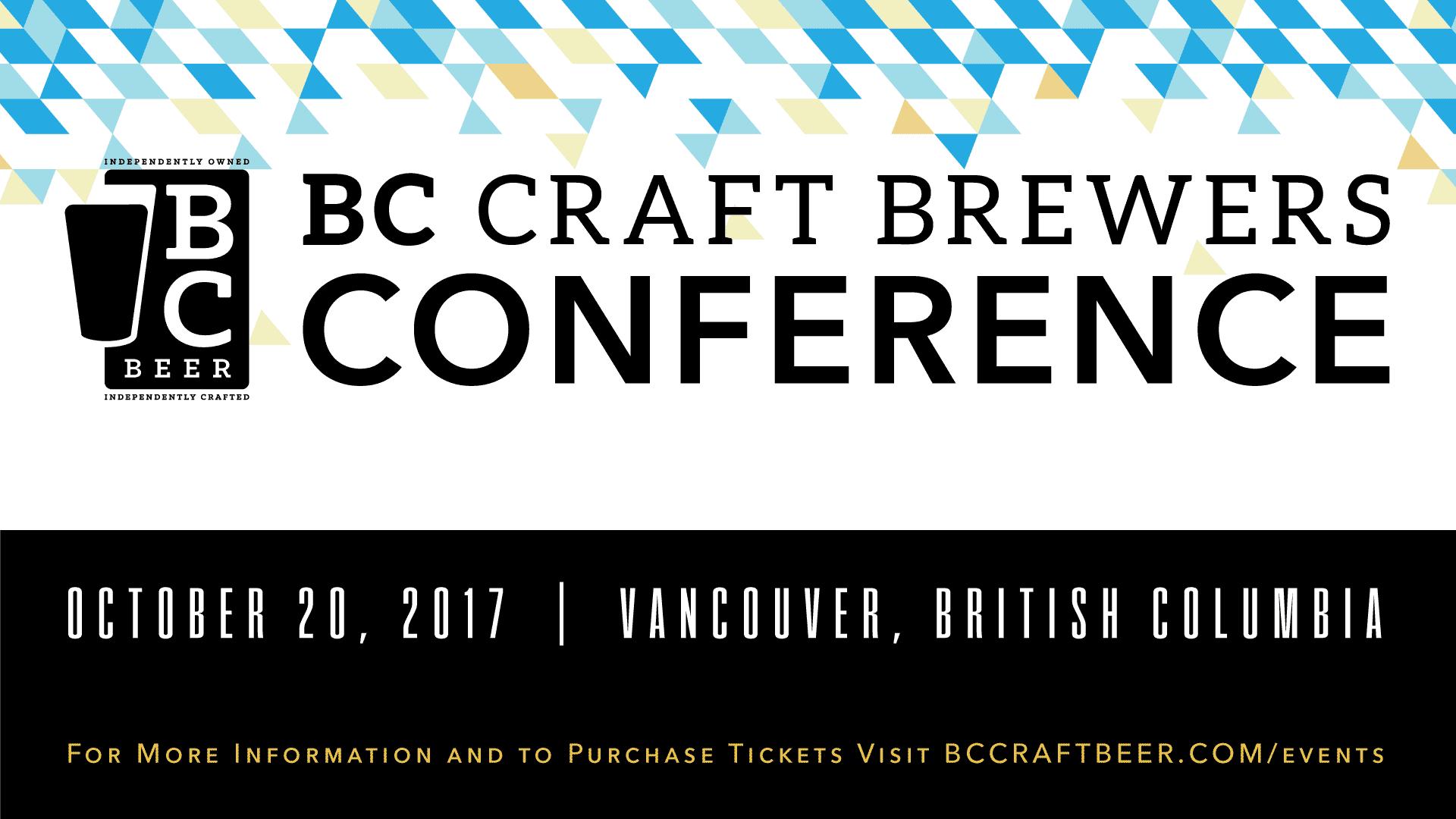 Featuring a full day of seminars, a trade show, and networking opportunities with key suppliers and those in the brewing community, this new event builds on a series of similar-but-dfferent events held in previous years. The new event will feature many all-star craft beer industry speakers presenting on such topics as What’s in My Mouth?, Dry Hopping Techniques and New Hop Varieties, Tools for Managing a Brewery, and Barrels of Fun, a seminar about the ins and outs of barrel-aging traditional and sour beers.

Open to the public as well as craft beer industry, tickets include a choice of six seminars in four time slots, plus:

Let’s touch base with BCCBG Executive Director Ken Beattie to find out more about this new, day-long set of seminars, craft beer insights and networking opportunities.

Q: What’s Brewing: Ken, in past years, the Guild had been involved with a Business of Craft Beer conference, originally organized by a media outlet. What led to the Guild stepping up and spearheading this new event?

A: Ken Beattie: Since 2014, it’s been in our plans to hold our own conference for our members and suppliers. In previous years, we dedicated our time and effort to items such as working with the government on the liquor policy review and establishing our tourism platform, the BC Ale Trail. Our key goal for 2017 was to focus on our member benefits program, and offer associate memberships to suppliers who work with our members. We felt it was important to hold our own conference where our members and suppliers have the opportunity to build relationships in a conducive setting.

Q. What sort of feedback have you received at past conferences like these from attendees who are considering entering the industry?

A: In the past, the conference’s theme “Business of Craft Beer” leant more heavily on the service aspects of the business, as opposed ot the production side. We have since made a concerted effort to deliver seminar topics that equally benefit the production & manufacturing sides, along with the business side of things. I think the conference will give craft beer fans who are thinking of joining our local craft beer community the opportunity to get an insider look into the industry.

The new conference’s trade show is also much bigger than previous years with a number of excellent, locally-owned businesses showcasing their products and services. I think craft those attending will leave with a better perspective of our industry, including the spinoff industries that work daily with our breweries.

Q. Those past conferences were perceived as being for industry members only. This year’s event extends an open invitation to the public. What about this event might craft fans enjoy most (aside from the beer)?

A: Three seminars come to mind: Dry Hopping Techniques and New Hop Varieties. What’s in My Mouth? and Barrels of Fun. Any craft beer fan that wants to have a better understanding of what they’re drinking, how certain flavours are achieved and the techniques used to craft them, would really enjoy and benefit from these seminars which are presented by brewers working in the industry and making many of the beers they enjoy.

Q. The Conference is scheduled for the Friday prior to the BC Beer Awards, at the very same location, which is convenient for those travelling from out of town. Are you hoping to see this natural one-two punch become a highlight of BC Craft Beer Month going forward?

A: Absolutely. We intend to continue to grow this conference each year, and make it a “must attend event ” of BC Craft Beer Month.

The BC Beer Awards is a key partnership for us, and a great draw. The BCBA team produces an excellent event, and one that our brewers really enjoy attending. It provides both our out-of-town and local breweries the chance to socialize, exchange ideas and sample beers from around the province. Combining the Conference and Trade Show, along with our AGM, with the BC Beer Awards into 3 action-packed days is an opportunity for the brewing community to get out and celebrate the world-class beers they make in BC along with their brewing sisters and brothers. 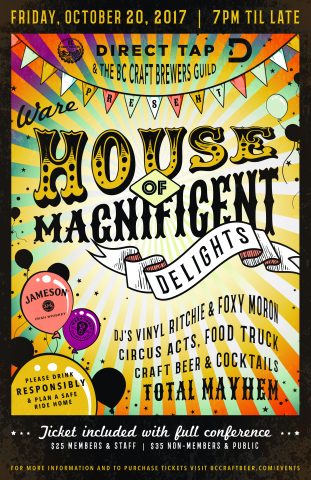 For a full breakdown of Conference Schedule, Seminars, and Events, click here >

The BC CBC Official After Party: WareHouse of Magnificent Delights!

Your 2017 BC CBC conference ticket includes entry (1 ticket) to the Official After Party – WareHouse of Magnificent Delights, presented by Direct Tap! Featuring DJs Vinyl Ritchie and Foxy Moron, Circus Acts, Craft Beer, Cocktails, this is the not-to-miss event of the weekend!

Each ticket inludes 5 drink tickets, additional drink tickets are $5. (Not taster sized) The BC CBC Official After Party is at the Direct Tap WareHouse, 40 – 8385 Fraser St, Vancouver.