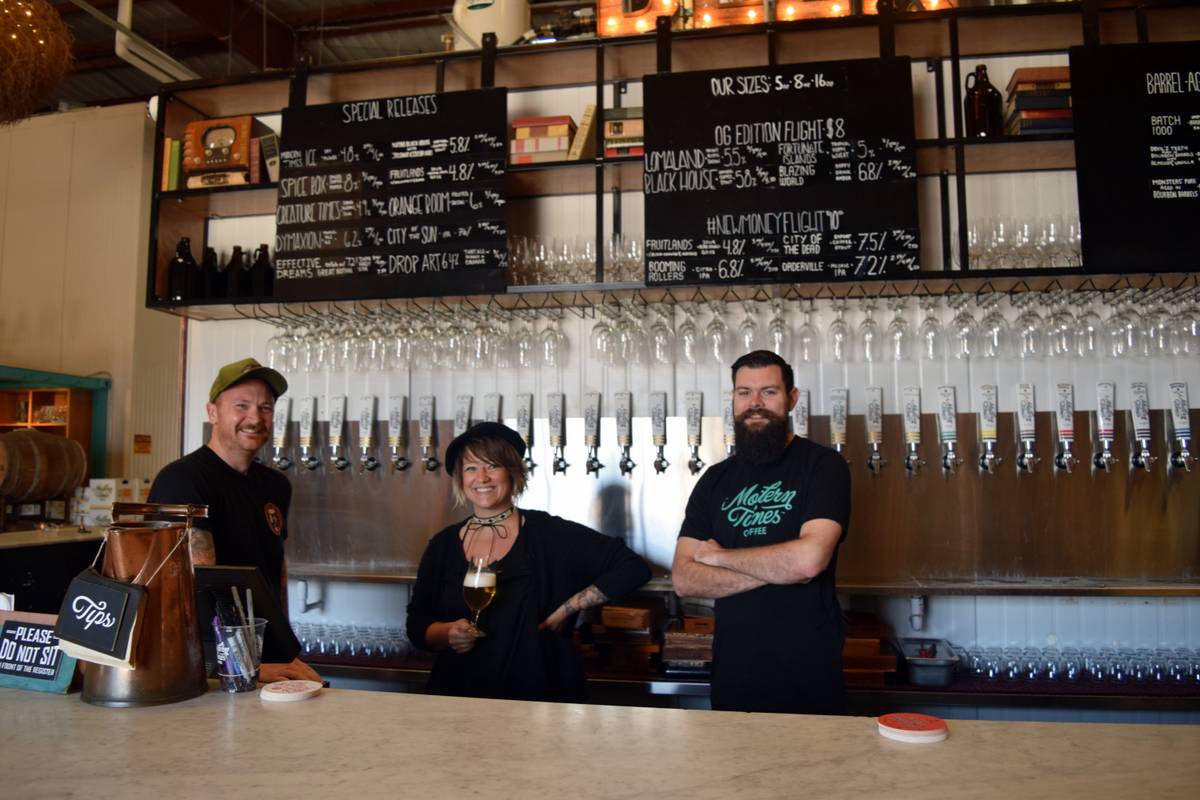 Ivana and Dave Smith recently visited San Diego for a week of relentless beer research. Many dozens of breweries, bars and/or interviews later, they are ready to share what they know about this massive constellation of craft outlets. San Diego has the same number of breweries and craft outlets in one county as we have in our entire province. In Part I, Ivana looks at White Labs. In this sequel, it’s one of San Diego’s most revered modern breweries. 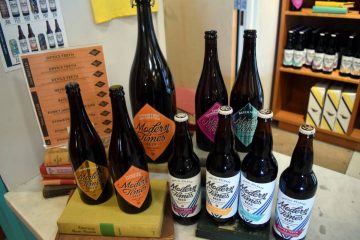 Atrip to sunny San Diego would be incomplete without a stop at Modern Times Brewing, a short walk from the Old Town transit centre. Opened in 2014, they are somewhat known in B.C. as their beer is imported and available at your local liquor store. Like many breweries in San Diego, they have more than one location. We visited their large, esoteric warehouse brewery which features a modern tasting room and some uniquely nerdy touches.

Front and centre in the tasting room is the unusual bar set atop of piles of books. Although I suspect the book base is held together by some form of adhesive, as a confirmed bibliophile I really wanted to pull one out and do some reading! Around the corner, on your way to the restroom, is a whole wall filled with books, just waiting to be explored!

However, their main purpose is to brew beer, and to that extent, they do an awesome job! The beer list is extensive and they had more on tap than we had time to try. Modern Times Brewing opened with a 12-barrel system; they have grown to a 30-barrel brewhouse with another warehouse down the street to house their barreling program. The premises house an on-site lab which, among other things, does some quality control to keep their beers top notch.

We were shown around the brewery by Justin Holmes, who is mostly involved in the special barreling projects at the brewery. They definitely like to experiment and can have up to 2000 barrels on the go at any one time. In addition, they do a lot of fruited beers and kettle souring. 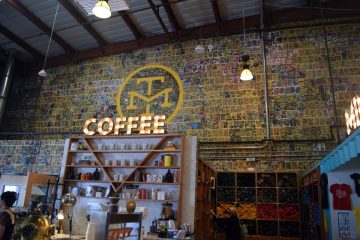 A unique feature of Modern Times is the in-house coffee roaster. Amy, who happens to be the girlfriend of Modern Times’ founder and CEO Jacob, runs the coffee portion of the business. They buy the best green coffee beans that they can lay their hands on and then throw the beans into a first-run, usually Bourbon based,  barrel  for a month or two. The beans are then taken out and roasted on the premises. The resulting coffee is smooth and balanced, with barrel flavour notes. The coffee was so good that I didn’t even need to add my usual cream and sugar! 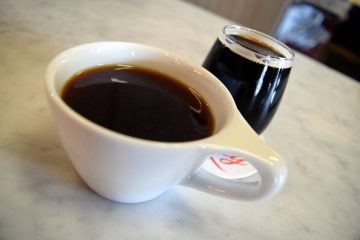 In addition to the brewery and tasting room near Old Town, they have a second  location in the trendy North Park section of San Diego, which is strictly a tasting room with no brewing capacity. We were, unfortunately, not able to manage a visit to that location. However, we enjoyed our visit to their brewing location and only wish that we could have stayed longer to sample the extensive offerings they have on tap.

Check out Beer Seekers on