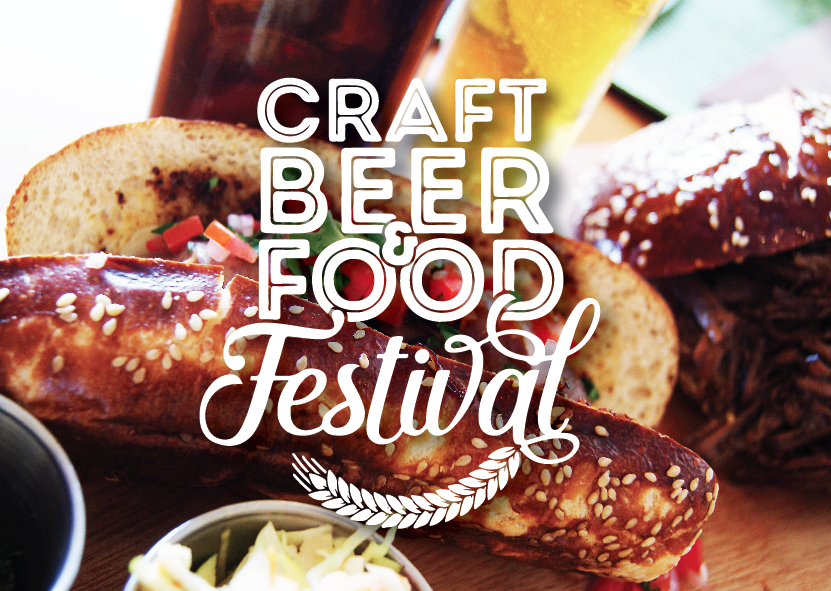 On Saturday, August 12th, the second annual Cowichan Craft Beer and Food Festival will grace the town of Chemainus. It promises to be a popular event.

Likely it will be well-run, too. What’s Brewing has noticed a number of clues that the organizers are extremely professional, such as,

If you have the opportunity to do it, get out and visit the Craft Beer and Food Festival on August 12, 2017. Tickets are very affordable, and can be gotten here:
https://www.craftbeerandfoodfest.com/shop

Here’s a bit more about the event. 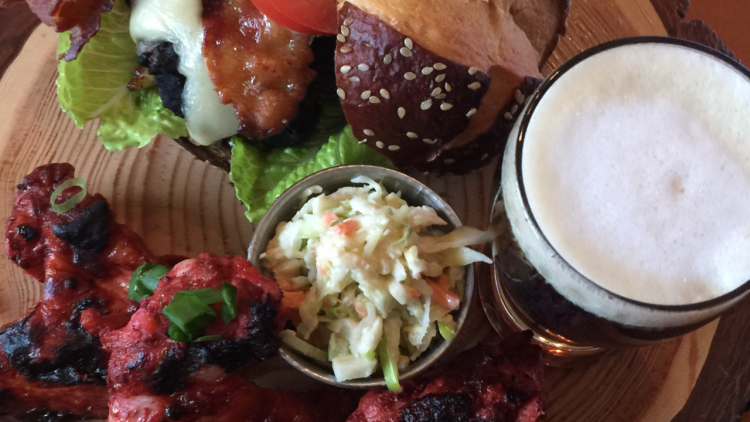 Cowichan Valley, BC – The Craft Beer and Food Festival presents its 2nd annual event within the Cowichan Valley on August 12, 2017 at Artisan Park Expo Grounds in Chemainus, BC. The Craft Beer & Food Festival hosts a large selection of Vancouver Island and BC regional breweries plus a selection of artisanal food pairings from local establishments. This is the second annual event, which was an overwhelming success in 2016.

With a nod from the BC Craft Brewers Guild, this is an officially sanctioned event. Only a few events B.C. wide are selected for this honour annually and must meet rigorous requirements. The Cowichan Craft Beer & Food Festival is unique in the Cowichan Valley because its focus, aside from food, is exclusively on the craft beer movement and is the biggest truly craft beer event of its kind in the Cowichan Valley. Last year tickets sold out three weeks before the event with four-hundred request of two to five tickets on our waitlist. Total tickets this year have been increased to 1,500 drawing ticket purchasers from Tofino to Vancouver. To ensure the atmosphere doesn’t change, additional vendors have been selected to offset additional traffic. Organizers are working with multiple transportation companies in major urban locations such as Duncan, Nanaimo and Victoria/Langford, to secure shuttles to and from the event. Tickets are sold throughout the island including purchase locations in Nanaimo, Victoria, Langford, Duncan, Ganges, and Chemainus . As part of the directive to promote craft beer culture, an industry-only tasting will be held for brewers and representatives (see below for more details). 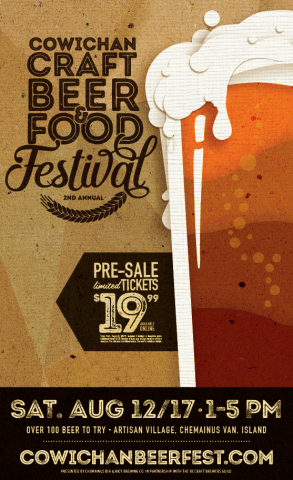 Price point accessibility was a key consideration when planning this event. To meet this requirement, tickets are offered at a pre-sale price of $19.99, as regular admission rates are $25.99. Each ticket will allow for entry into the Craft Beer & Food Festival as well as live music in the festival grounds, five tasting tokens, a keepsake glass, and the opportunity to WIN a tablet donated by Telus. VIP tickets are also offered this year for $42.99. As a not for profit, funds generated outside of the event costs are used to pay for vendor product – unlike the majority of events. It is important to us that these businesses are supported and paid for what they supply to the patrons.

“This event is unlike any other Craft Beer and Food Festival. Not only are some of the best hand-selected breweries in the region in attendance showcasing both their regular and seasonal products, but the local Cowichan food you will see at this years festival is absolutely delicious. The price is ridiculously low making it accessible for all. We don’t take a profit with this event, we instead pay our vendors for the food and drink they provide. That is very important to us, “ says Krystal Adams, Festival organizer and Marketing Coordinator to the Chemainus Business Improvement Area. Aly Tomlin, support organizer of the event and co-founder of Riot Brewing Co. adds, “Chemainus is very proud to host an event you would typically see in a larger market like Victoria. We might be in a small community, however the event is anything but!”

Promoting Beer Culture – To aid in fostering knowledge for representatives within the Craft Beer industry, will be leading an industry tasting held in advance of the event. This will allow those in the industry to sample and discuss directly with brewers.