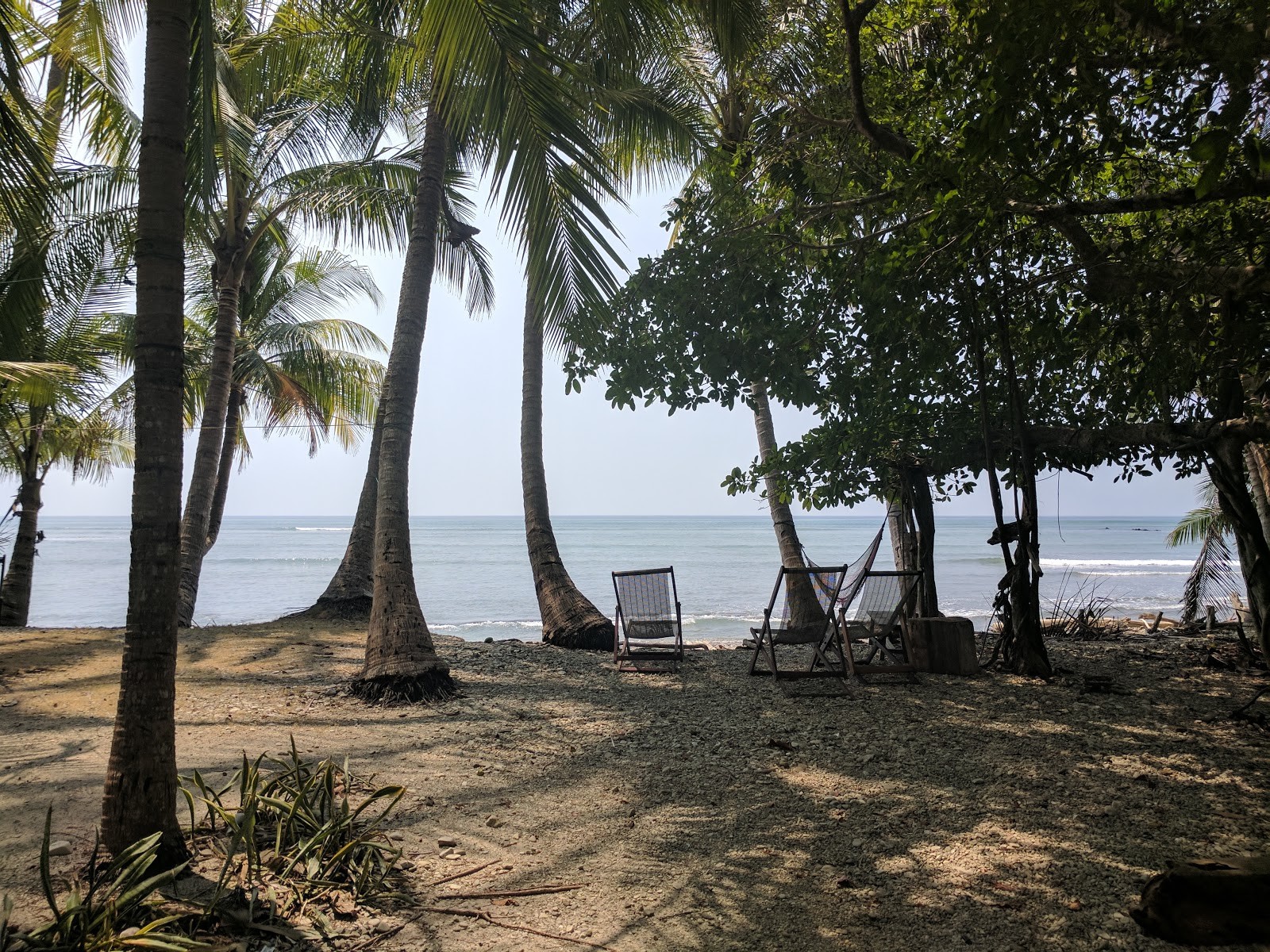 There are few places left in the world that haven’t been hit with an explosion of interest in craft beer. For the beer-minded traveller such as myself, it’s nice have options beyond the pale national beers, which while cheap are flavourless and hard to enjoy beyond the first few heat-fuelled drinking sessions. I still wound up drinking an awful lot of Pilsen and Imperial while I was in Costa Rica, but I was pleasantly surprised to see craft represented in the beer fridges of the Mini Supers around the country fairly often, although usually at a rather inflated price.

A number of craft breweries are popping up around Costa Rica, many of them initiated by the large number of expats relocating to the country, their growth assisted by the evolved tastes and expanded expectations of the tourist industry. Since 2012 Festival Cerveza Artesanal has been celebrating Costa Rican craft beer, with over 30 breweries participating this past year.

Abroad, as well as at home, it is always tough to discern true craft from “crafty”. I had been pointed in the direction of La Selva Cerveza Artesanal, in Cabuya, a small community at the tip of the Nicoya peninsula, only accessible via a rough 4×4 road. Poised to start shipping internationally to Canada and Guatamala in a few months La Selva is quite a success story considering home brewing origins less than 5 years ago.

I arrived in Cabuya via an AWD taxi from Montezuma, which I reached from San Jose via bus, ferry then bus again. Overall the trip took about 5 hours, and only cost about $20 USD. Most of the prices quoted to tourists are in US dollars. The local currency, Colones, can also be used, but it doesn’t really make a difference in regards to prices, or the Canadian exchange rate. Having cash is essential, a good tip is to visit the ATM before you are out completely. We had a bit of a scramble one weekend when the machine ran out of money and wasn’t topped up again until the following week. La Selva was within walking distance of our beachside hotel, but for the most part a rental car is desirable in this area of Costa Rica, as the communities are quite spread out and taxis can be pricey.

Google Maps announced we had arrived, but all I could see was a dusty gravel road, and a few scattered houses. I wasn’t sure I had the right place, but with few other options we took a second look and saw a slightly larger than usual outbuilding behind one of the homes, and drawing closer I could see a wooden bar with tap handles right out front. It was more hot and humid than I ever believed possible, I wondered if the sight of the tasting room was just a mirage brought on by my delirious state.

We were met out front by Jacob, the owner, who upon spotting us exclaimed “It looks like you could use a cold beer!”. No truer words were ever spoken. In a moment I had in front of me Zubia, a Belgian golden ale and my sister was served Naranja, a reddish ale. The restorative effects of a ceiling fan and a cold beer are remarkable. I asked Jacob if it was unusually hot out today and he laughed saying, “It’s like this every day of the year here!”.

Originally an engineer in Israel, Jacob left for Costa Rica 15 years ago looking for a different way of life for his family. Seeking to limit government and corporate influence he felt that Cabuya was the perfect area where concepts of community and sustainability can take the lead. Good humoured and light hearted, he also has an intensity about him; clearly he sets the bar high and is driven to achieve.

“Everything happened out of necessity”, he says in response to why start a brewery. Jacob explained that on arrival he had to learn how to build his own house as there was no construction company locally. This then developed into starting his own construction company with a specialty in concrete, also out of necessity as it was the only material reliably available in such a remote area. Brewing began with a friend bringing over a kit and some equipment. “At first we tried it and thought something was wrong with it. I wasn’t much of a beer drinker to start with, but it didn’t taste like what we were used to. We tried it again a few days later and realized there wasn’t anything wrong with it. Maybe this was what beer is supposed to taste like”. After this, Jacob was hooked. Living in such an isolated area the only way to discover the flavours of beer was to experiment with brewing his own, which he did extensively over the course of the next two years in his small kitchen.

His wife eventually grew tired of having to share her kitchen with a brewer and told him he either needed to get serious and build a brewery or else stop altogether. Jacob smiles, “So out of necessity, I had to start La Selva”. The process to get licensed was lengthy as the system just wasn’t set up for the concept of brewing at such a small level, it took a lot of patience and advocacy but they were finally able to get the government on board with their ideas. They have been using a 1 barrel system, but have just recently expanded their space and ordered a full brewhouse system and several stainless tanks. Laughing again, he said it’s a good thing they have invested in building community relationships because with no forklifts in the Cabuya area, it will take a lot of their friends to help move the new equipment off the truck and into the building.

Necessity has developed a relationship between creativity and sustainability at La Selva. They don’t use environmental practices because it is on trend, but because there are no other systems in place for dealing with waste, or easily obtaining new materials. The bottles are returned to the brewery for reuse, as shipping glass is expensive and difficult. Water for brewing is heated using the sun as it is more reliable than electrical power as power outages are frequent in the area. The coolers are shaded and heavily insulated for the same reason and can maintain proper temperature for up to 12 hours without power. Their spent grain goes to a farm nearby, and in exchange they are able to get local sugar for use in brewing their Belgian beer. These are just a few examples of the methods that have been developed to adapt brewing techniques to such a unique and challenging environment.

“People have asked me what makes our beer truly Costa Rican, given that many of the ingredients need to be imported. Our location in Cabuya is very special, as we have the right to draw water from Cabo Blanco National Park”. Jacob goes on to explain that Cabuya was given rights to draw water from the park, but is one of the only communities in the country with this ability. The water from Cabo Blanco has a unique mineral profile, and is used unfiltered and untreated in the production of their beer giving it a special element that cannot be reproduced elsewhere.

La Selva has 6 beers in production, and isn’t planning on changing or expanding that right now. In their situation rebranding would be difficult, instead they are focused on continually refining their current recipes rather than playing around with what is popular in the moment. The line up includes a brown ale, IPA, porter, amber ale, reddish ale and Belgian golden ale. All the beers are described as “living ales” due to the fact that they are unpasteurized, unfiltered and naturally carbonated.

I laughed when I saw a copy of Joe Wiebe’s book, The Craft Beer Revolution, on the shelf in the office and explained to Jacob I had just been a judge at a festival in BC with Joe a few weeks prior. He brought the BC connection full circle by explaining the book had been given to him by his business partner, a former visitor from Squamish who fell in love with La Selva’s beer and was determined to find a way to get some back home. Around the same time, Jacob was approached by the tourism board to become the official craft beer of Costa Rica to promote their culture abroad. This combined with the support of his Canadian business partner La Selva beer will start to be exported to BC and Ontario in a few months time.

We both reflected on the themes of necessity and being in the right place at the right time as having a big impact on La Selva’s creation and success. Funnily enough, a beer writer from BC shows up in the small community that just happens to have a craft beer about to be exported back to BC, and the next issue of What’s Brewing is all about beer-related travel. Serendipitous, no? Should you find yourself in Costa Rica, take some time to get down to the Nicoya Peninsula. Not only will you love the multitude of activities available in either the jungle or the water, but there is also some excellent beer being made in this tropical paradise.