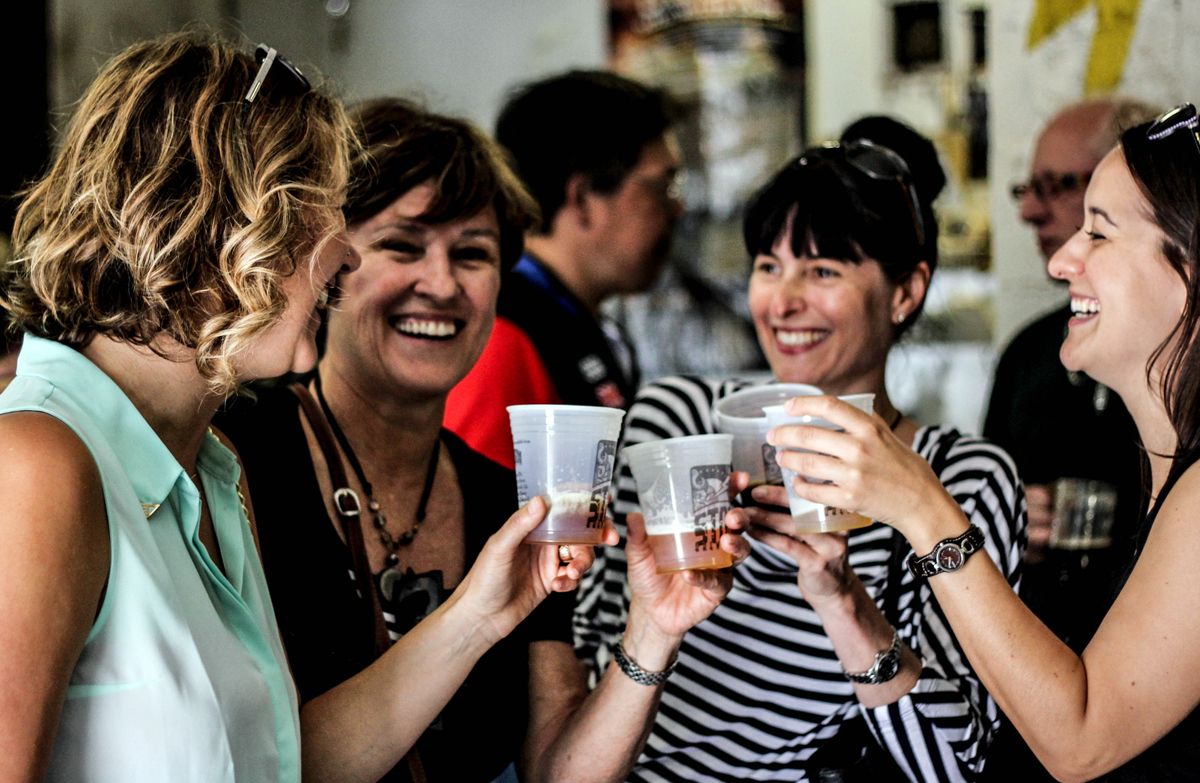 If you consider yourself a craft beer tourist, you’re probably familiar with the experience of researching your holiday by Googling the breweries, beer bars and brewpubs available in some beer-soaked city. You’re looking for map pins within proximity of each other, so as to enable the most efficient and safe passage from one beer outlet to the next.

In recent years, it’s become a simple matter for beer travellers visiting certain areas in BC to string together a satisfying walking or cycling tour of craft outlets. Breweries popping up like mushrooms in East Van and Port Moody have enabled those neighbourhoods to join venerable Victoria as craft crawl destinations. But back when BC’s first beer tour bus launched, there weren’t quite as many pins on the map.

Vancouver Brewery Tours fired up its engines in 2013, allowing Lotusland foamy fans to get from one location to another without calling a series of cabs (or sourcing out a teetotaling minivan-owning friend with clear calendar and a high tolerance for beer breath). Today, a small handful of touring companies operate regularly around BC. This being the Travel & Tourism issue, let’s jump into the garage with a few of them for a peek under the hood. Our guests are:

What drew you into this beer tourism-oriented venture?

Jayden Grundy:
I personally love people, travel and beer, so it was a no brainer. Who wouldn’t want to be part of a community supporting farmers, creating more local jobs and bringing a sustainable product to market. The industry as a whole is so inviting! What’s not to love?

Elton Walker:
A love for all things local & craft combined with some of the nicest people on the planet.

Ryan Mackey:
It really started from a passion for craft beer. After doing a self-guided brewery tour in 2012, I asked myself, “if I enjoyed a brewery tour this much, maybe others would too?”. The idea for Vancouver Brewery Tours was born, and I launched the company a few months later in 2013, so I could share this experience with others.

Brandon Moscrip:
People want to spend time with friends, drink and not have to worry about the driving.

Which existing beer touring companies did you look to for inspiration at the time?

Elton Walker:
Brewvana out of Portland, Road Dogs out of Seattle and BC’s own Vancouver Brewery Tours.

Jayden Grundy:
Definitely Brewvana in Portland. Ashley and her team have been doing it very well for a long time.

Ryan Mackey:
I didn’t even know brewery tour companies existed back when I had the idea! After a quick search I realized no one was doing this in BC, so I looked around the world for inspiration. Our friends at Brewvana Portland Brewery Tours were a big inspiration. Road Dogs Seattle Brewery Tours and a few others scattered around the US helped shape my understanding of this emerging industry.

Which are your busiest routes?

Elton Walker:
Our “Definitive Craft Brewery Tour” which tours 3 breweries in 3 hours is the most popular to date. However, our newest tour, “Craft Beer Food Pair”, has really hit the ground running with foodies looking to branch out into the world of craft beer.

Jayden Grundy:
The breweries a little further out of the city that are harder for the locals to reach. We like to #drinkoutside the box!

What proportion of your business comes from out-of-province (or town) tourists?

Elton Walker:
72% percent of our business in 2016 came from out of town, the majority of which was from the West Coast of the US.

Jayden Grundy:
About 50% are from across the border. A big portion from the UK, Europe and the States. A good mix from the other provinces as well.

Ryan Mackey:
Many seem to think that as a tour company we cater to mostly tourists. While we always have a healthy contingent of tourists on our tours, most of our business comes from locals wanting to learn more and experience Vancouver’s thriving craft beer scene.

Overall, our out-of-town guests are impressed with the quality of Vancouver beer, including level of experimentation. When it comes to a standout brewery, it’s Storm Brewing. I’ve heard guests talk about breweries they’ve visited from all over the world, and Storm is by far the most unique space they’ve ever visited!

Where do you think beer tourism, as an industry in BC, will be in a few years?

Jayden Grundy:
At the top of the food chain! I think we have the density of breweries and the talent in brewers to become a Craft Brewing Mecca. I feel the breweries that stand out in this regard will thrive!

Elton Walker:
I think it will continue to grow and prosper with an emerging interest from consumers in the joys of pairing good food & craft beer.

Ryan Mackey:
With government, private sector companies, tourism organizations and more all working together, BC’s beer tourism industry is well positioned to continue growing and attracting record numbers of craft beer travelers. That’s why we hosted a special tour a few years back, organized by the BC Craft Brewers Guild and filled with BC Ministers and VIPs, to showcase the incredible potential that the craft industry could have on job creation and tourism.

Brandon Moscrip:
The BC craft beer tap room tourism industry seems to be following a growth model similar to that which BC wineries experienced.

With over 250 wineries, 145 Breweries, 35 Distilleries and 15 Cideries, BC would be my number one choice to host any social event or work party. Even if we hit a saturation point in terms of number of breweries, there will still be an opportunity for each to thrive by offering product samplings and great service. 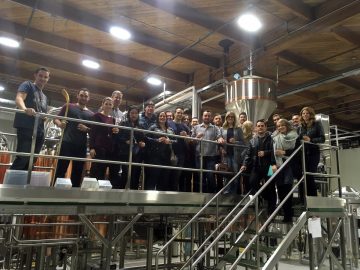 For a craft brewery, showcasing those products and that service is where working with tour companies comes in.

Other BC beer tour services

Here are just a few of the many other beer touring services around BC!

Many thanks to our four guest contributors. Choose any BC beer or wine touring service for a great time this summer.