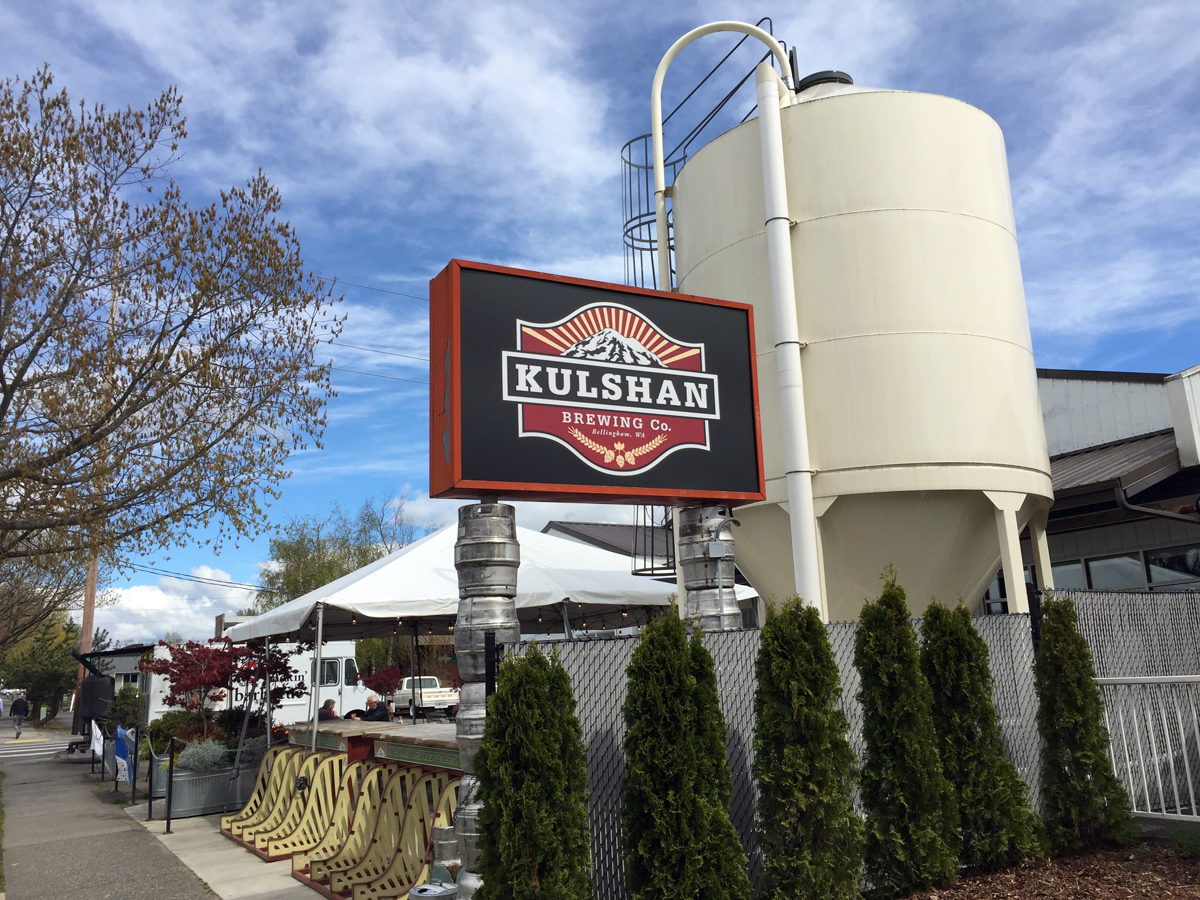 Just south of White Rock, BC, across the border in the state of Washington is the city of Bellingham with about 85,000 residents, many of them students attending Western Washington University, and home to a thriving and dynamic craft beer scene.

Bellingham Beer Week was originally launched in September 2012, but after running in that early fall time slot for several years, organizers decided to move it to the spring in 2017, specifically April 21-29. The change came in response to feedback from local breweries that were quite busy in September, and tired from the hectic summer workload.

In conjunction with the first edition of the relaunched Bellingham Beer Week, I was invited to speak at Chuckanut Brewery about British Columbia’s beer scene, my book, Craft Beer Revolution: The Insider’s Guide to BC Breweries, and the BC Ale Trail project. Bellingham Tourism put me up in the brand new Holiday Inn & Suites at Bellingham International Airport for a couple of nights, and toured me and two American writers around the local breweries.

I was also hosted the last time I visited Bellingham back in September, 2013, and comparing the two experiences speaks volumes about the growth of the craft beer scene there. On my first visit, the tourism folks arranged for us writers to go on various hikes and visit other interesting local attractions during the day before attending beer events in the evening, while this time around the days were entirely filled with brewery visits with no time leftover for hikes or sightseeing. That’s because there were only three breweries in Bellingham back in 2013—Boundary Bay Brewery, Chuckanut Brewery, and Kulshan Brewing, which had just opened. Today there are 10 breweries, including a second Kulshan location and a raft of others that have opened since 2013: Aslan Brewing, Gruff Brewing, Menace Brewing, Stones Throw Brewing, Structures Brewing, and Wander Brewing. Also due to open soon is a local outlet for Melvin Brewing, which is based in Jackson, Wyoming.

On both my visits, I found Bellingham welcoming and charming. The fact that locals like to refer to themselves as “Bellinghamsters” says something about how laid back they are. About the same size as Nanaimo, the city shares a similar layout sprawled along the coast with easy access to wilderness and lots of great mountain biking trails nearby. The similarities to Nanaimo continue when you look at Bellingham’s historical industries, which included forestry, coal mining, and ship-building. But on the ground, Bellingham feels like it has more going on, which is also reflected in the size of its beer scene compared to Nanaimo, which only has four breweries. Perhaps it is the proximity to Seattle, about two hours south, that gives Bellingham more energy.

It seems like most of the people involved in the breweries in Bellingham fall into two camps: the first group grew up there and then went away to school or to work in Seattle, perhaps, but eventually returned to Bellingham to open their dream brewery; while the second group grew up elsewhere and then discovered Bellingham and decided it was the place they wanted to set up shop. In either case, most people cite the easy access to wilderness and the quieter pace of life compared to Seattle.

Bellingham is an appealing destination for BC beer lovers, both because of its close proximity to the Lower Mainland and Victoria (whether you take the Sidney-Anacortes ferry or just cross from Swartz Bay and then drive down from Tsawwassen) and for its dynamic beer scene. There are plenty of options for all sorts of beer lovers. And it doesn’t hurt that you can shop at Trader Joe’s too! If you’re worried about higher costs due to the exchange rate, keep in mind that beer is generally cheaper there than here. Pints sell for $5-$6 and it’s pretty unusual to see a six-pack go for more than $10. Just remember if you are bringing beer back across the border you need to stay for at least 48 hours.

Bellingham Beer Week is obviously an ideal time to visit, but there is lots going on in the city year-round. The following is a primer on B-Town’s beer scene to help you plan your getaway. 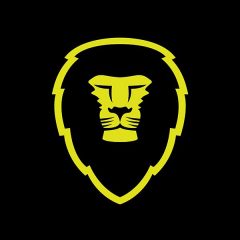 Bellingham’s only all-organic brewery, Aslan started off in the summer of 2012 as a pilot brewery where its founders conducted hands-on research on operating a commercial brewery. A year later they opened the full-scale operation. Aslan’s beers are delicious, with the organic certification a nice bonus that certainly doesn’t reflect any reduction in quality. The brewery has a big, family friendly restaurant with an excellent kitchen. 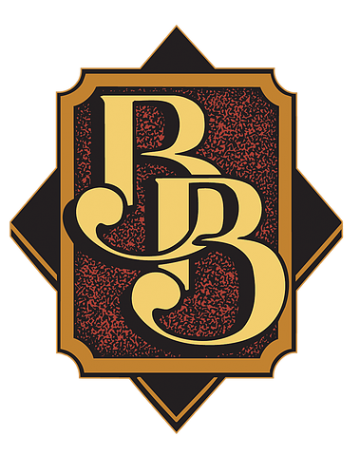 Bellingham’s oldest craft brewery, Boundary Bay opened in 1995 in a restored, historic warehouse (built in 1922) located downtown across from the Saturday Farmer’s Market. It’s essentially a big brewpub with a restaurant and an outdoor beer garden that hosts lots of events, including barbecues and concerts. The tap list covers the entire gamut of beer styles, including a barrel-aged series, sour beers, and some experimental brews fermented with mixed cultures. 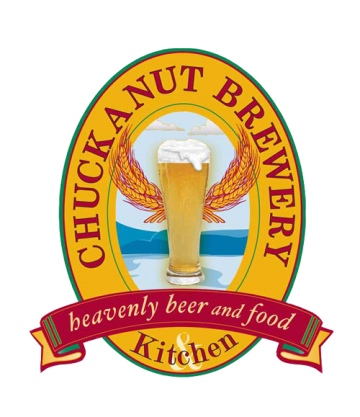 Named for the nearby Chuckanut Mountains, this brewery was founded by a couple of Washington State craft beer pioneers, Mari and Will Kemper, who co-founded Thomas Kemper Brewing in Seattle back in 1984. After that, Will became an itinerant brewery consultant, designing and building breweries around the world for two decades before returning to Washington to open Chuckanut in 2008. The brewery is renowned for its wide range of European-style lagers, but it does brew excellent ales as well. A second Chuckanut location lovingly referred to as “South Nut” opened near the Skagit Regional Airport in Burlington, Washington last year. 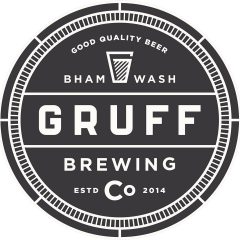 Founded in 2014, Gruff is based in the historic Buzzard Iron Works building that has housed numerous industrial businesses since it was built in 1902. The taproom shows off the original rafters and rough wood floors, and there is also a gravel beer garden out back. Located around the corner from Boundary Bay Brewing, Gruff offers a solid range of beers with food available from nearby restaurants or food trucks. 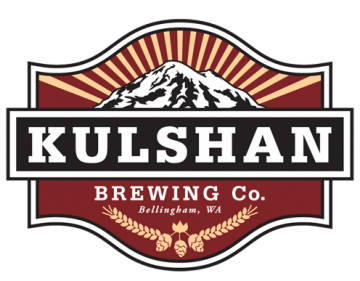 On my previous visit in 2013, Kulshan was the new brewery on the scene there, having just joined Bellingham’s two founder breweries, Boundary Bay and Chuckanut, there in 2012. Since then. Kulshan has added a second location called K2. The original spot focuses more on specialty styles now while the new brewery handles big production runs of Kulshan’s core beers, but both have a wide range of beers on tap with food trucks parked out front.

Technically the newest brewery to open in Bellingham earlier this year, Menace actually relocated from its original location in Ferndale where it first opened in 2015. It’s a small operation based in an old auto shop in the Fountain neighbourhood, which has long been devoid of a local pub or bar. Menace is happy to fill that role, and soon it will have company there when Melvin opens its new brewery nearby. 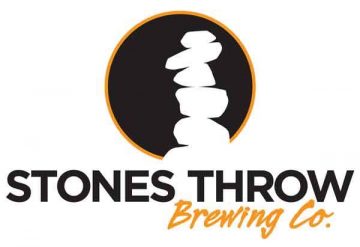 This is the first brewery to open in the Fairhaven neighbourhood to the south of downtown Bellingham. With its historic Victoria-era brick buildings, it feels like a separate town—and that’s because it was a separate town, which eventually joined with three other towns to form Bellingham in 1904. Stones Throw has a unique setup integrated into a residential location: the brewing equipment is housed in four repurposed shipping containers stacked between the house, which holds offices and a rentable suite (https://www.airbnb.ca/rooms/15339273 — only $100 CAD/night), and the detached garage, which has been converted into the taproom. The backyard has a cozy fire pit, perfect for sipping a brew on a cool evening. The name, Stones Throw, refers to the abundance of trails and outdoor activities available within a stone’s throw of the brewery. 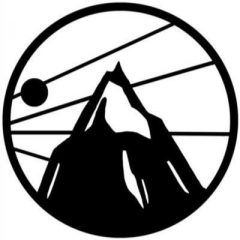 Founded by two brewers who met working together in the north-eastern U.S., Structures is a small operation with a very cool vibe. The brewery does not package much of its beer so you have to visit to taste it. Along with some cutting-edge IPAs and other more standard styles, Structures also has a barrel program. On my visit, I tasted a delicious beer called Focus, which was a Biere de Miel aged in French oak barrels for 7 months and then blended with a wheat Saison brewed with a mixed culture of lactic acid, bacteria and brett. Delicious!

Founded in 2014 by a husband and wife who had travelled the world extensively before settling down in Bellingham, Wander is based in a 1920s-era shipbuilding warehouse with a soaring ceiling. It’s an awe-inspiring space and the beer line-up matches that, including a range of global styles like Belgian blonde, Baltic porter, Wee Heavy, and California Common (although they call it Washington Uncommon). Perhaps most exciting is the coolship fermentation tank which they used to brew a very tasty beer using wild yeasts called Wild Warehouse. Food can be obtained from food trucks parked outside the brewery.

Launched in 2014, the Bellingham Tap Trail can help visitors locate Bellingham’s many breweries, pubs, and beer events. You can use the website to plan your trip in advance and then pick up a copy of the print map/brochure at the Bellingham Visitor Center when you arrive. Collect stamps as you visit the breweries, and then redeem them for a parting gift at the end of your trip.