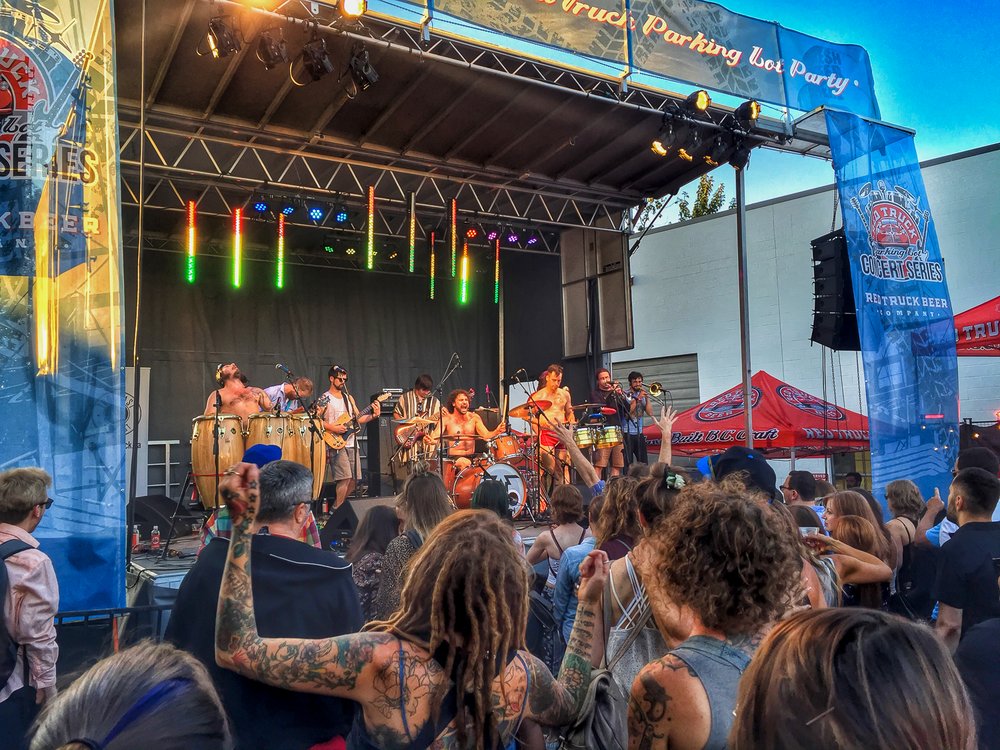 The Truck Stop Concert Series returns for a third summer of great music, beer and food! Make sure to mark your calendar for the best in parking lot fun at Red Truck Brewing on 1st Avenue in Mt Pleasant. It kicks off June 17th with a synth-pop show headlined by recording artist Cut/Copy from Australia and guest. Next on July 15th, Alabama-raised Drake White and the Big Fire will be at the top of a night full of music. Ending the series on August 12th will be a showcase of soul/funk lead by Lee Fields & The Expression. On tap all summer will be a show-stopping lineup of craft beers, plus hearty & delicious Truck Stop food from their extensive menu.

Enjoy a few photos I took on a recent visit to the brewery, as well as at last year’s Series.

From the Press release:

General admission tickets are $35 for each show and go on sale at 10am on April 21st. Red Truck offers two ways to beat the traffic with $75 transferrable Tailgate Passes that are good for admission to all three shows, and $25 Early Bird single show tickets available from 10am April 18th until 10am on April 21st to truckers who’ve signed up for express concert news delivery. Beer tickets are also available for purchase online before show day to make sure that you’re always in the fast lane at the beer tent.

Music fans can get the most up to date concert line ups and ticket news at http://www.truckstopconcertseries.com