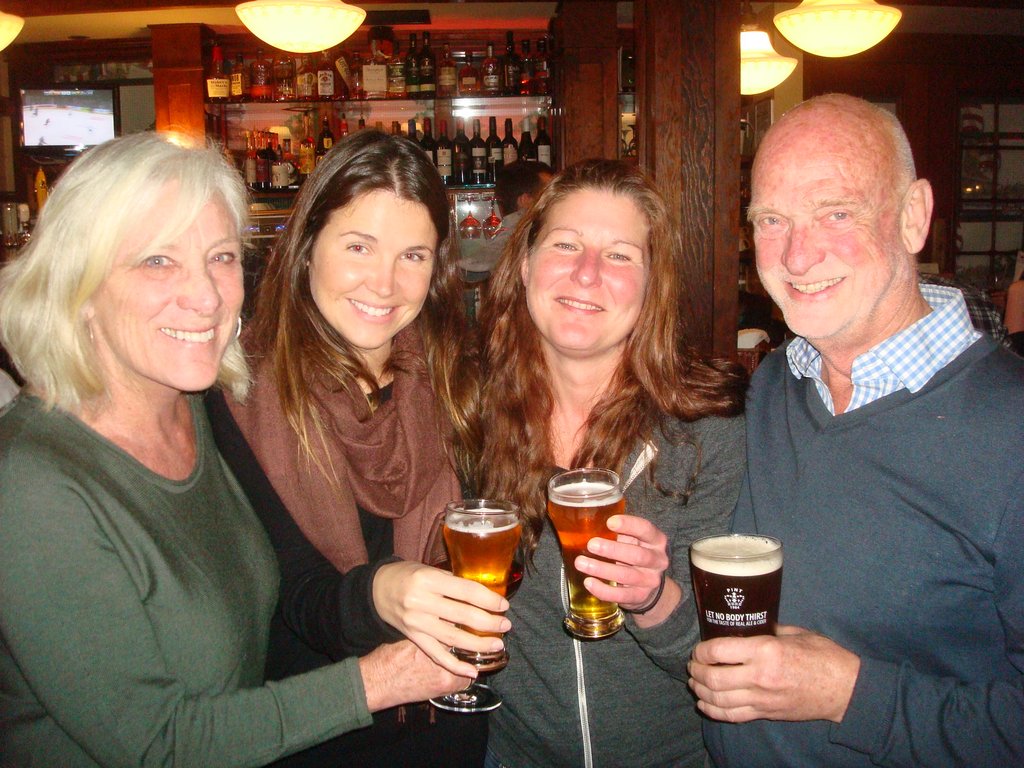 Paul Hadfield doesn’t take no for an answer. When Victoria’s Spinnakers Brewpub caught fire on Wednesday, November 23, 2016, the insurance company told him that there was no way they could do an evaluation, settle the claim, and pay out for at least three months. Paul bustled back to Victoria from his vacation in Hawaii, mustered the troops, and declared, “we’re going to open in nine days.”

The fire started in the upstairs fireplace; its firebrick base failed, and the floor underneath caught fire. General manager Claire Radosevic sent a maintenance worker up to the roof to check the fire while she and chef Ali Ryan quickly got the staff and patrons safely out of the building. It looked bad from the outside, with flames coming from the roof next to the chimney and smoke pouring out the soffits. The Victoria Fire Department put the flames out quickly, preventing major damage to the building. But other than the fireplace area, most of the damage was from water and the smoke that spread under the upstairs floorboards and travelled up the insides of the exterior walls to the soffits.

Paul sent an announcement immediately to all 93 members of staff, confirming that everybody was still employed and they would still get paid. He asked everyone to be creative in finding special talents that might help the team get on the fast track to reopening. About two dozen staff were dispatched to local liquor stores to give away samples of Spinnakers beers. Paul rented a nearby warehouse and put a group to work refinishing damaged furniture. He hired contractors to work around the clock to get the work completed before his deadline. He publicized that the pub would be back in business at 4 p.m. on December 2, 2016, and many faithful patrons (including yours truly) were there to see it happen. We also saw a very tired group of staff who had worked through the night to make it happen.

Paul showed me around on reopening day. The fireplaces had been removed and rebuilding plans were already underway; Paul treated the fire as an opportunity to make some needed improvements. Exactly four weeks after the fire, the kitchen and dining room also reopened, with a fresh new look. The food was up to the usual standards. Ali was delighted to be back in the kitchen working with her close-knit group of staff again—her family. The local farmers who supply Spinnakers’ kitchen are also glad to see Spinnakers back.

The “Black Wednesday fire” is now shrugged off as just another event in the storied history of Spinnakers. Paul Hadfield started in the 1980s by lobbying to open what would become Canada’s first in-house brewpub. He had to get federal regulations changed to allow beer to be brewed and served on the same premises. He has since had multiple run-ins with both provincial and federal regulators. His determination to get things done when needed is what has Spinnakers back in business again so quickly. Let’s all raise a glass to Paul Hadfield!

A Tale of Two Festivals

The Christmas Craft Beer Show was held the first weekend in December at Victoria’s Memorial Arena. It was a popular event, and with the band at one end of the arena floor, the noise level made it next to impossible to discuss beers or, indeed, anything at all. The standout beer was a cask of Ol’ Iron Tooth Absinthe Stout: a blend of Stoutnik Russian Imperial Stout from Nanaimo’s Longwood Brewery and Baba Yaga Absinthe from Arbutus Distillery, cask-conditioned with fennel, lemon, mint, and Anise Physsos. As Longwood’s head brewer Harley Smith put it, “the result is huge beer coming in at a ‘delicate’ 13 percent ABV!”