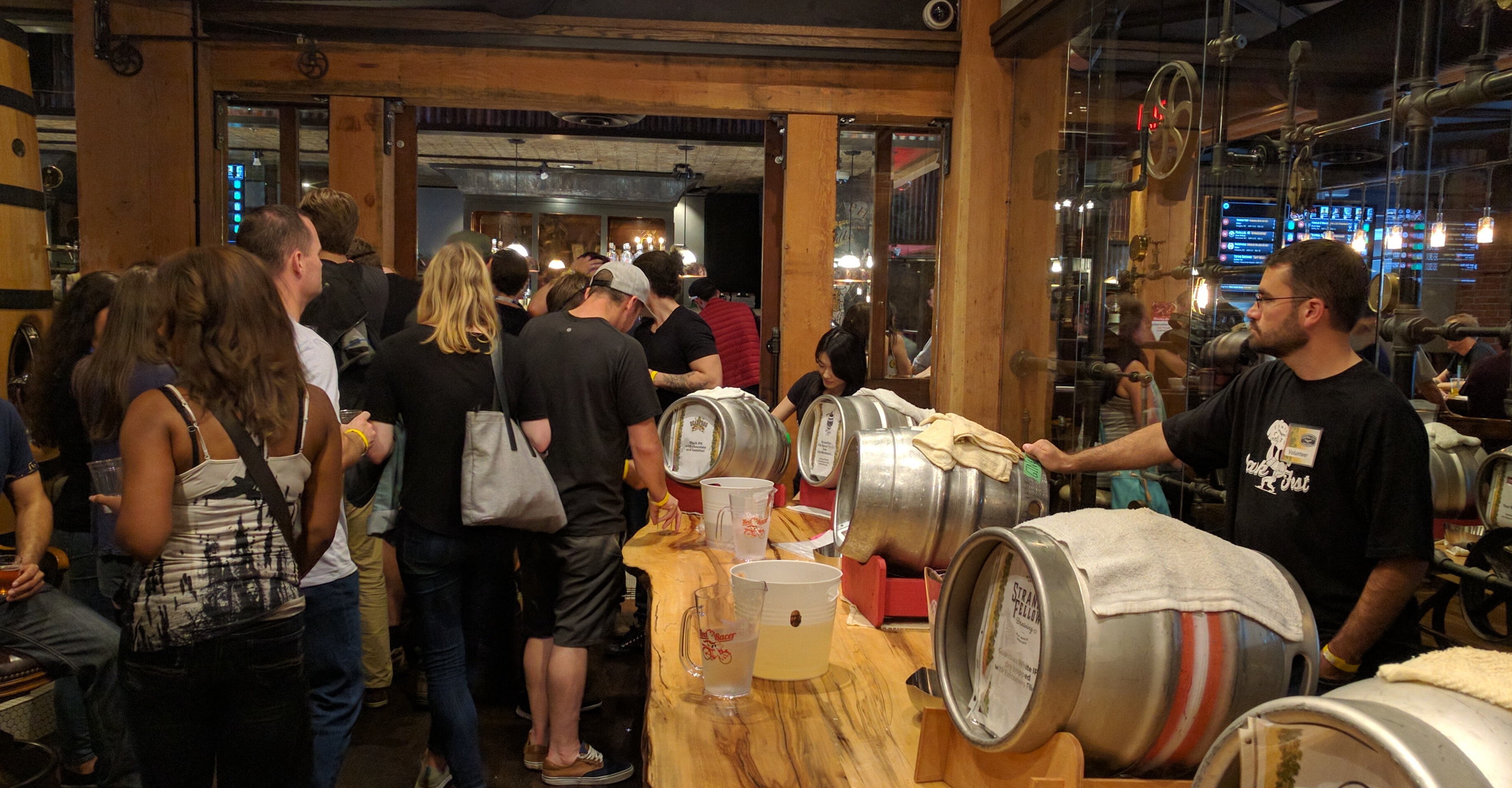 Yahoo! No snow for a few weeks now means that maybe Spring is really here. Soon the good weather will shine down upon us. Better yet, there are a whole slew of great beer festivals to look forward to.

One of the most exciting developments is the return of a cask festival to Beatty Street. Case in point: Central City’s newly announced Easter cask festival. It’s exciting because they’ve added a new twist to their cask series: for the first time, you can use tokens to get food as well as beer.

Have you ever attended Central City’s Cask Festival series? They generally happen twice a year: Winter and Summer. Any beer enthusiast in the BC Lower Mainland should put this event on their to-do list. Here’s why. 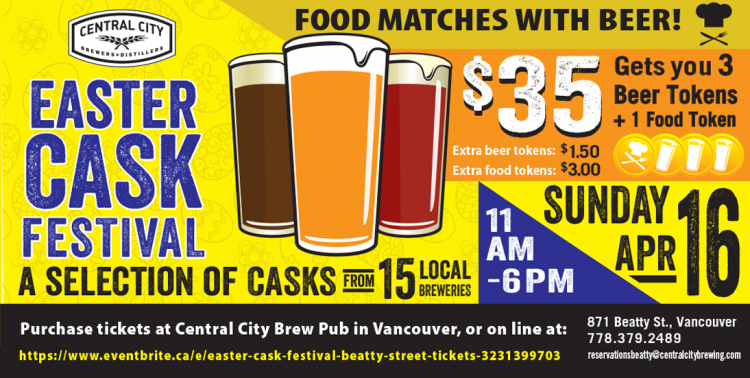