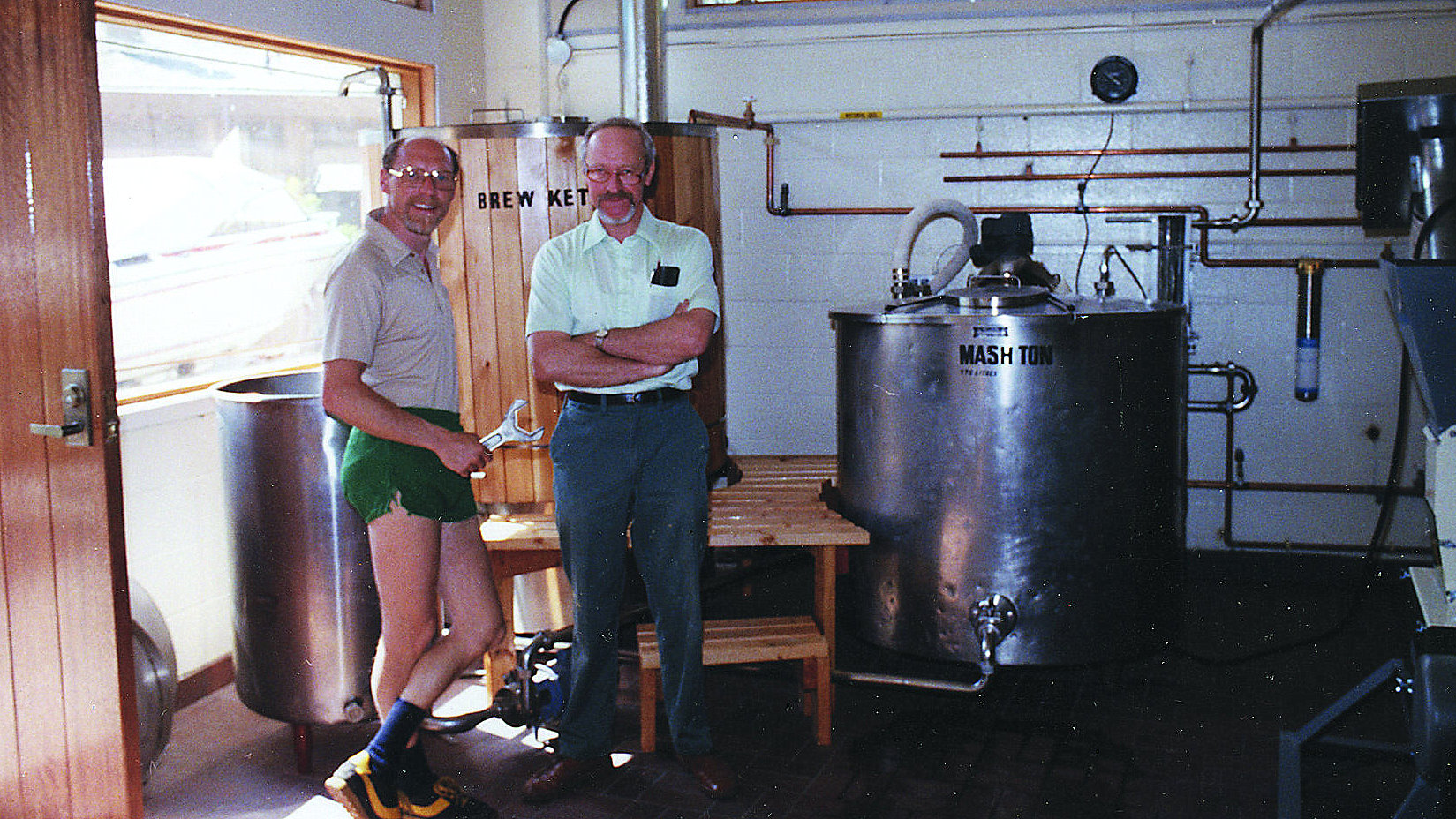 Frank Appleton’s new book Brewing Revolution has immediately become a must-read for fans of BC craft beer. Aside from the simple fact that this story from the pioneer days of BC craft beer needed to be told in greater depth than before, Appleton provides the tale with intelligence, knowledge and personality.

From the first page to the last, Appleton surpasses the reader’s expectations with a personal recounting of the craft beer movement both inside and outside of BC. One might know the broad details, such as that partners John Mitchell and Frank Appleton opened Canada’s first microbrewery, whose beers were served at the Troller Pub in Horseshoe Bay, BC, or that Appleton helped start up the first true brewpubs such as Spinnakers and Swans. But the story is much more interesting in Appleton’s capable hands, and includes his years at the O’Keefe Brewery, owned by Canadian Breweries Limited (CBL), one of the “Big Three” corporate breweries in Canada. The book recounts many of the corporate breweries’ hair-raising business and brewing practices in the dark ages of Canadian beer. Appleton provides an insider’s first-hand viewpoint about these practices and the corporate mentality that encouraged them.

Another vital but little-known part of the story is that after Appleton left CBL, he spent the next decade or so working as a freelance journalist. His now-famous article on home brewing, ‘The Underground Brewmaster,’ caught the attention of Troller Pub owner John Mitchell. Mitchell had visions of opening a brewpub whose beer offered an alternative to the bland corporate lager that dominated the shelves, and he approached Appleton for help. Appleton tells the rest of the story very well. Indeed, those years of journalism experience have served Appleton and his readers well. He not only recounts his own personal experiences but is able to explain complex subject matter including microbiology, brewing science and practice, BC’s liquor laws and political changes, and much else.

My personal test for books on beer is: how badly would I want to have a drink or two with the author? Let’s use a 0 to 10 scale, in which 10 is writing a fan letter inviting the author to have a drink when in town, and 0 is if you saw the author at your favorite pub you would have to find a new favorite pub. Based on my scale, the author of Brewing Revolution should prepare for a lot of new drinking buddies. Appleton comes across as that intelligent and thoughtful friend who can explain complex subjects in easy terms with almost no ego. He seems like the beer nerd we all wished we knew.

Perhaps Mr. Appleton will consider this brief review as my own personal invitation to to join me for pints. Barring that, re-reading his book will have to serve as the next best thing.