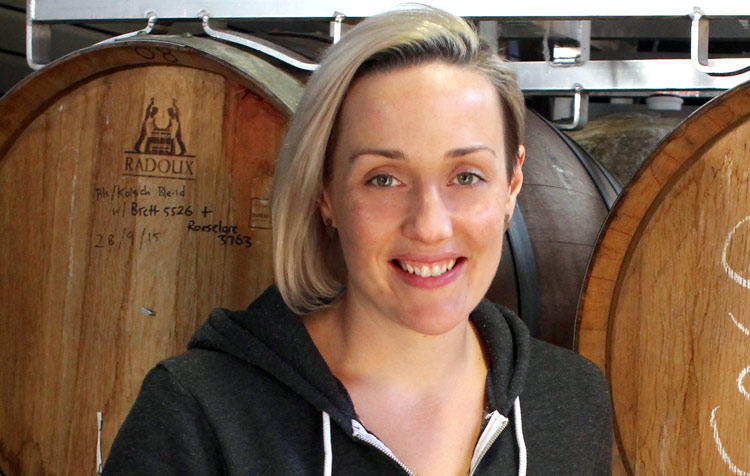 At the BC Beer Awards in October 2016, Steamworks Brewing received a pleasant confirmation: a product it was just in the process of launching received an unbuyable endorsement in the form of a First Place trophy in its category. Better yet, it also garnered Best Of Show honours.

That distinction brought an immediate wave of attention to the person overseeing the product’s creation. That’s only natural, because Steamworks’ Head Brewer Julia Hanlon is one of just a tiny handful belonging to the unbearded gender who is steering a brewhouse in one of BC’s many dozens of breweries. Now she’s also the first female brewer to win Best Of Show at the BCBA. 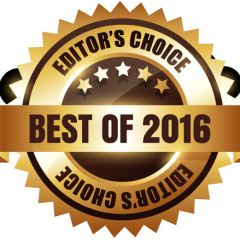 Julia, profiled by What’s Brewing’s Lundy Dale in our Summer 2016 issue, has had quite a year in the public eye. Aside from awards and community profiles, the media spotlight included a political stint alongside Steamworks owner Eli Gershkovitch as photo-op centrepiece for the BC Liberals’ “Hopportunities” announcement, itself one of BC beer’s news stories of 2016. She also participated as one of three speakers, all respected industry females, at the Drink In The Story event held on International Women’s Day at Victoria Beer Week in March.

All of those points are newsworthy—and at What’s Brewing, we’re about news—but you don’t get to be named Brewer of the Year based simply on gender or media exposure. So what distinguished Julia in 2016 as a brewer? The easy answer is the beer that won her the aforementioned award. Flagship IPA is an eye-opening brew because of its style, one relatively new to this part of the continent. East Coast IPAs bring a fruity, juicy, malty approach to a beverage class that West Coast craft drinkers traditionally associate with aggressive hops. Julia’s take clearly left an impression on the BCBA judges.

For a brewery that isn’t always at the top of trendy ‘best BC brewery’ lists, Steamworks has done unusually well with BCBA’s Best Of Show award this decade. Long the home of current Brassneck brewer/partner Conrad Gmoser, Steamworks took consecutive top honours in 2011 and 2012 for his Pilsner, a bizarre feat. Conrad’s departure after 17 years prevented him from vying for the personal hat trick with Steamworks; instead, he picked up a third for Brassneck’s One Trick Pony last year.

Losing a head brewer like that isn’t great for any brewery. There is an element of the craft beer business that is driven by the presence of star brewers; breweries that overlook this have been known to suffer loss of cachet. Now, Steamworks can once again rightly boast that it has an A-list celebrated Head Brewer at the wheel, and and that’s good news for the immediate future of the 21-year-old operation.

Maybe East Coast IPAs will be the theme at an upcoming BC Beer Awards. OK, probably not, but the publicity this success has generated has certainly paved the way for adoption of the style in our province. It’s finally given Steamworks a year-round IPA, and maybe a needed bit of swagger as it competes with the hordes of breweries less than a quarter its age. It’s also firmly established Julia’s replutation as an innovator, and garnered her one more honour in 2016: our Editor’s Choice for Brewer Of The Year.