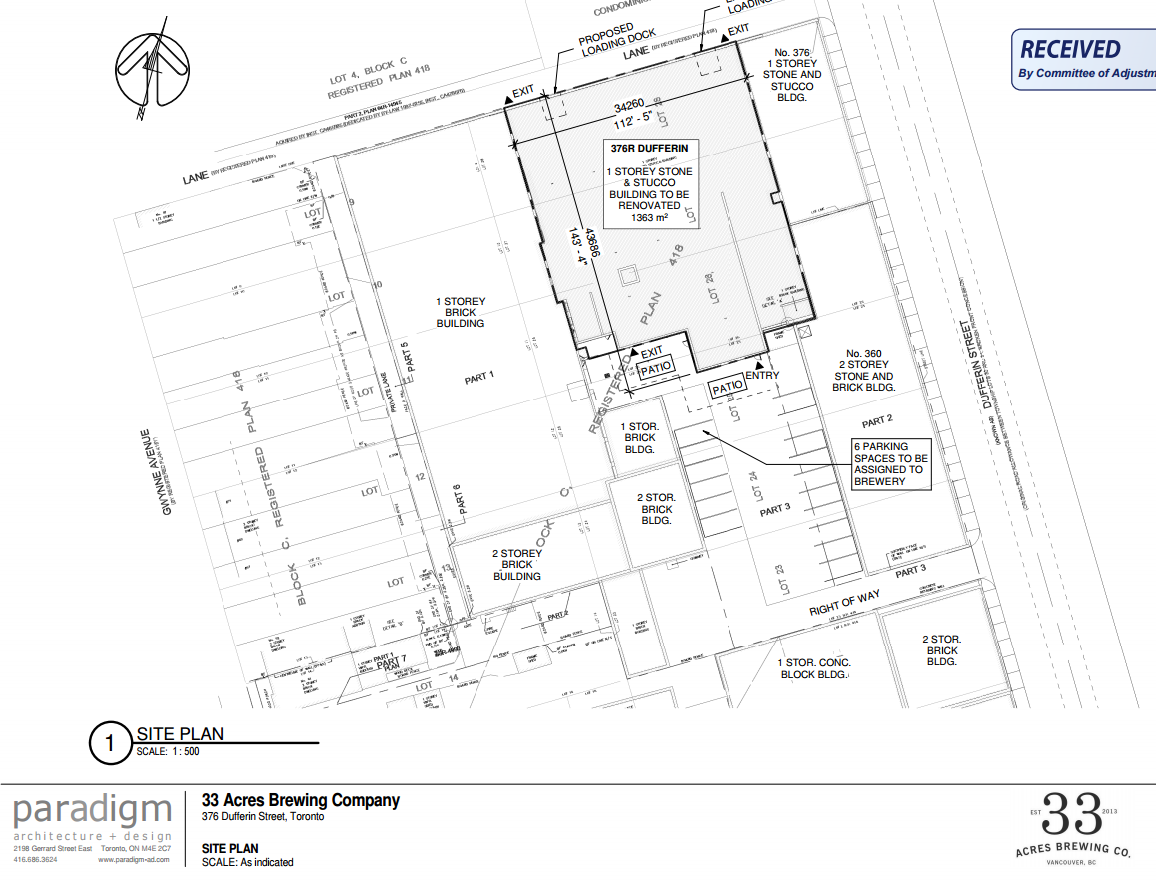 Canadian Beer News has reported that 33 Acres Brewing Company of Vancouver is making plans to expand its brand across Canada by opening a location in Toronto, Ontario.

Documents posted on December 13th show that there is indeed clear intent on the part of 33 Acres to investigate expansion an industrial district in Toronto’s Parkdale neighbourhood. The building in consideration, owned by Hullmark Developments Ltd., would house a 16,000 square foot brewery and restaurant complete with a patio and retail outlet. 33 Acres aims to lease the building, then make significant adjustments to the property to accomplish the aforementioned goals. Quite a step up for an operation that clearly has seen limitations to growth in its Vancouver operation, with the front of house filled to capacity and sporting a lineup on many occasions.

The application, found here, lists Mr. Jim Sa’d of Paradigm Architecture Design as the applicant. An email conversation made publicly available also shows 33 Acres owner Josh Michnik in correspondence with Leona Savoie of Hullmark regarding the brewery’s chances of approval to move ahead with the project. The extent of renovations is clearly indicated as a sticking point by the Plan Review Manager at the City of Toronto’s South District Building Department. As any brewery in BC could probably attest, it’s never easy to open a brewery, and Josh M. seems to be in the process of negotiating a number of obstacles in the pursuit of this impressive objective.

As CBN reports, a hearing for the variance request is set for April 19th, 2017. Further timelines for construction and opening of the brewery have yet to be announced.