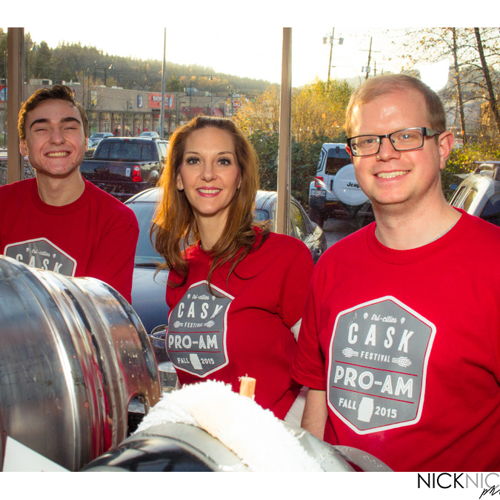 Yet another novel and compelling event is making waves in the Lower Mainland beer scene: the Winter 2017 Pro-Am, presented by the Tri-Cities Cask Festival Association.

This is a chance for home brewers to have their cask served at a public event. In the past, due to the prevailing liquor laws, serving homebrew in a licensed space was impossible. To serve beer under a special occasion license you had to purchase product from the officially- regulated product stream. Legally, home brewers could only give their beer away. Thanks to events like this, it is now possible to get that delicious home brew out there for the rabid fans to consume.

Pro-Am beer festivals are a rare breed. The Great American Beer Festival in Denver runs a well-known Pro-Am event, with official judging. There’s a similar competition in Winnipeg, but it doesn’t involve a public cask beer fest as part of the awards ceremony. Only here in BC do you get the full firkin experience and a chance to vote on the winner yourself.

As documented in our previous feature, many of the best beer festivals are organized by volunteers, and the Tri-Cities club knows how to put on an event. This one will be held in the Grand Ballroom of the Coquitlam Executive Hotel, an uber-snazzy location for a swigfest.

Tickets go on sale November 19th at this link:

Note that the Executive Hotel is across the road from Lougheed Mall, with its Skytrain station. Note also that event runs from 11 AM to 5 PM. Remember that the Evergreen Skytrain line will finally be running by then. YES! THAT MEANS WHAT YOU THINK IT DOES. You can train out to the Festival, hang out all afternoon, then hop another Skytrain to spend some quality time at Breweryland in Port Moody. Get in an hour at each of the four brewereies and be done by 9 PM. WOW. You’ll thank us on Monday morning.

Speaking of transit, when purchasing your ticket you can opt to include a complimentary Safe Ride Home transit pass, courtesy of CAMRA Vancouver. 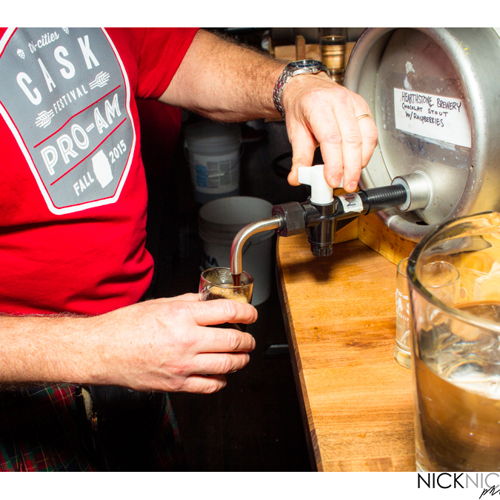 Welcome to the only Pro- Am Cask Festival Competition in Canada! We have 8+ amateur brew clubs from BC & Alberta and 20+ craft breweries each producing their own casks. Every Attendee will be given a ballot at the event to vote for Top Pro Cask, Top Amateur Cask and Best of Show Cask. This event will take place on January 22nd from 11am to 5pm in the Grand Ball Room at the Executive Plaza in Coquitlam, BC and will be a closed event for ticket holder only. 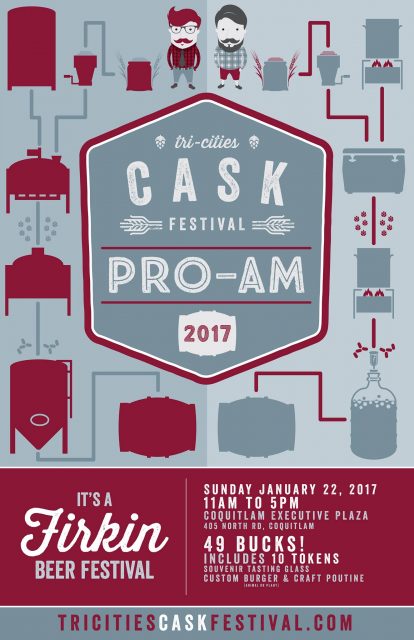