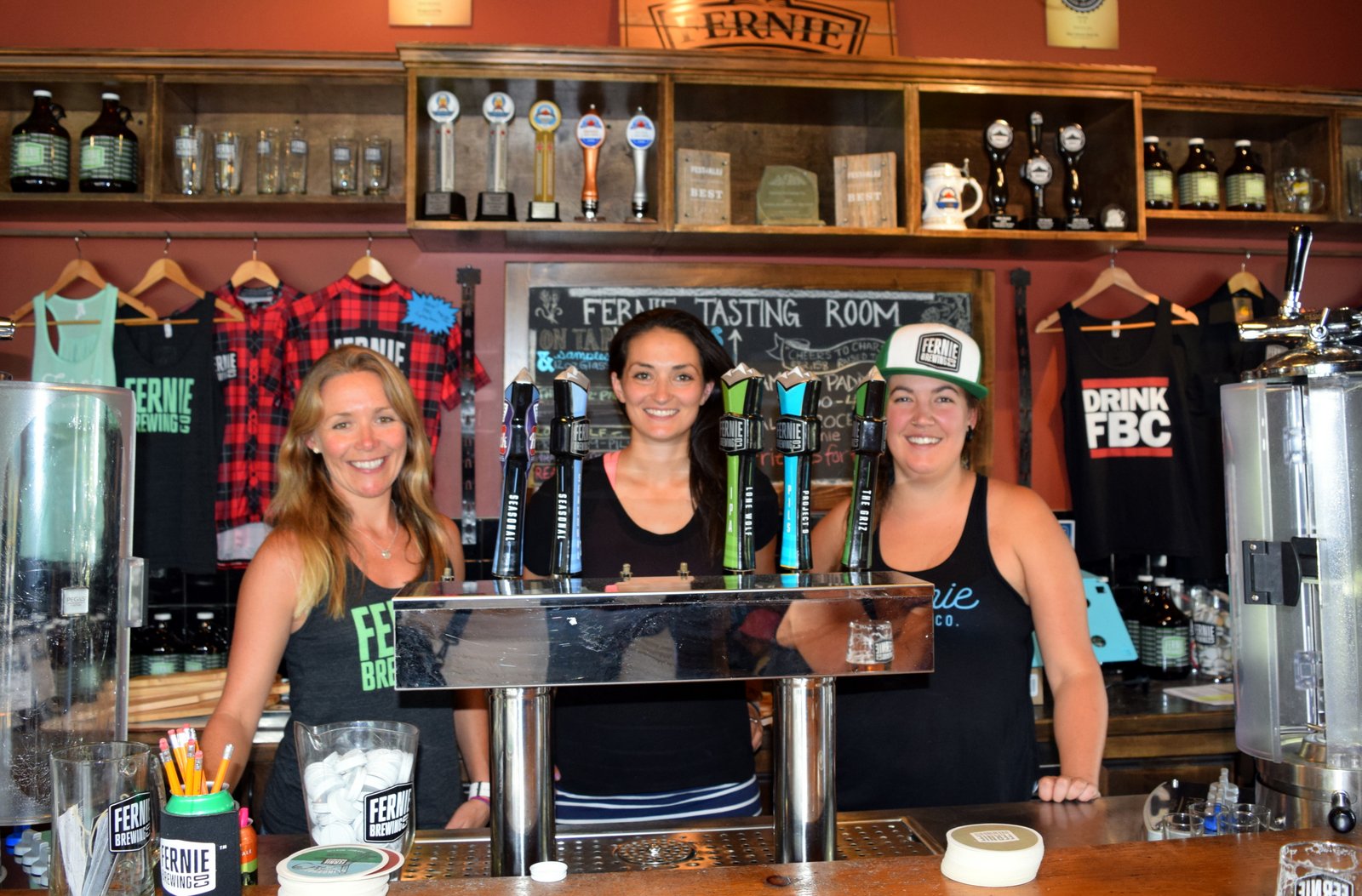 In the summer of 2016, What’s Brewing (in the form of editor Dave Smith and wife Ivana, aka the BeerSeekers) embarked on a massive tour of the BC Okanagan & Interior craft beer and cider scene. This resulting report on where to visit in the Kootenays is part of our Staycation BC 2016 series.

OK, now you’ve taken in the entire Thompson Okanagan re­gion with its 16 craft breweries, numerous cideries, and don’t forget the handful of craft distilleries in this area, known for its warmth. So you’re really thirsty now; it’s time to cool off.

Suggestion: look eastward from the Shuswap and you’ll see BC’s largest Ale Trail, a giant loop stretching as far East as Fern­ie. As you can see by our map, the breweries make a dotted ring from Salmon Arm all the way around to Grand Forks and Oliver, closing the loop neatly at the beginning of our tour.

Beer touring in this part of BC is unlike the previous regions we covered; cities aren’t as likely to have multiple breweries. 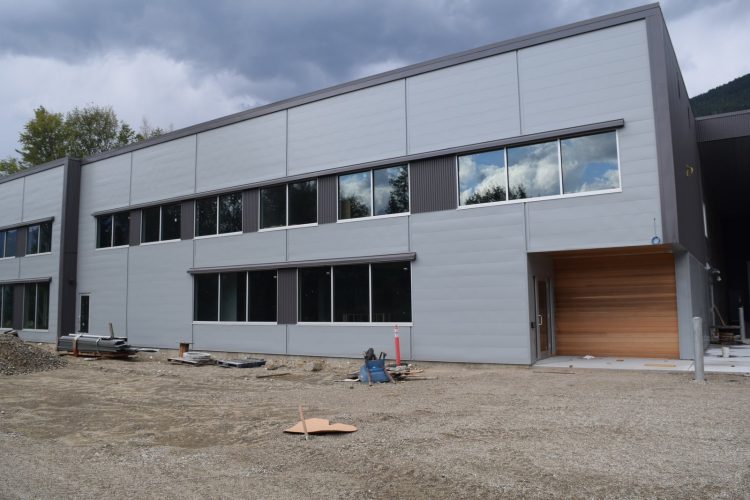 Thanks to the patience of Mt. Begbie rep Darryn Shewchuk, we were able to get in on a Saturday and tour the operation. Currently you can sample their wares in the standard brewery sales room (a la Tree Brewing, per previous section).

The brewery is in process of moving to new location that gives meaning to the term ‘standalone’; rather than walking up to the current downtown location, visitors will be driving slight­ly outside town to the large new plant. When it’s ready, you’ll have a modern tasting lounge experience.

Owner Kent Donaldson reported that his building under con­struction is “pretty much done…cold storage and piping are next”. By now the brewhouse should be installed; it may be pouring beer when you roll up. Stay tuned to our map. 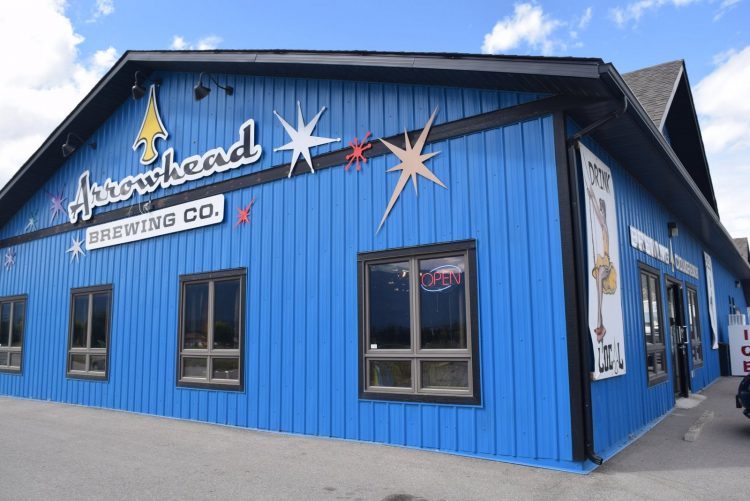 One of the cutest brewery buildings in BC

For a room that’s not especially large, the number of people constantly filing in the door and finding spots to sit amongst the fully-appointed tasting lounge was impressive. The Growl­er gave Arrowhead top marks for its decor, which is retro and abundant; we concur. It was hard to stop snapping photos.

Also generous was the 10-tap selection, offering a wide variety of house-made styles. We gave their beers good marks in our private little notebook. Arrowhead is getting it right. 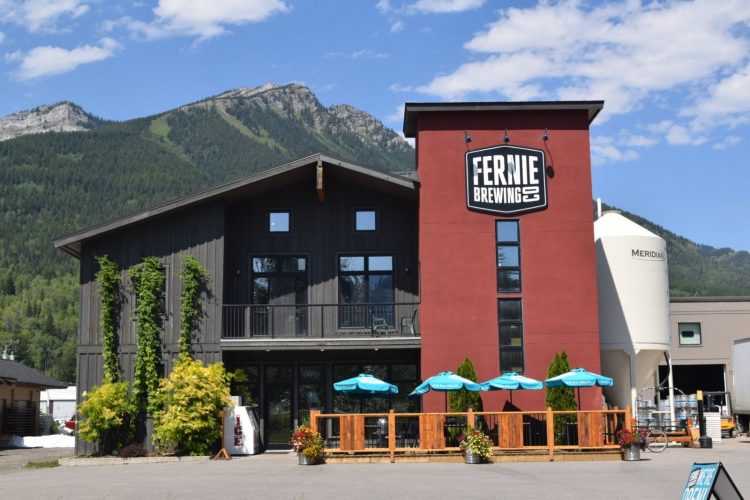 A picturesque brewery, inside and out

On a roll now, like us you’ve just pulled into Fernie and realize that you’ve reached back to back beautiful tasting rooms. The difference with Fernie’s is that it’s gorgeous on the outside as well, not just for the building, but for the backdrop. Sitting out on the patio could lead to a serious desire to not leave.

Originating in the owners’ barn, Fernie is still a family owned and run business. The massive pallets of colourfully printed cans in storage underscore Fernie’s history, like most on our Kootenays tour, as a production brewery. Demand is heavy both summer and winter (ski season, yet another recurring theme along this leg).

Marketing Manager Abi Moore explained a number of Fern­ie’s innovative community programs, such as their Cheers to Charity, where the entire revenue (!) from $5 taster flights goes to a local beneficiary chosen from a waitlist on a revolving ba­sis. New is their Trail to Ale, a ~50K foot or cycle challenge with a beer reward that unlocks the local passion for the outdoors— something Abi, a fitness trainer herself, knows a lot about.

The tasting rom featured 5 beers on tap when we arrived. It’s not a lounge yet, so samples are limited to the 12 oz quota, but again, that’s normal in these parts. You won’t regret the drive.

Known as the Heid Out locally, this brewery restaurant, like Marten Brewing in Vernon, is deceptive from afar. You think it’s going to be a small-town brewpub then it turns out to have an impressively modern, urban ethic, and the beers are great. Also, owners Heidi Romich and Jordon Aasland pack­age their beer in cans for local sale.

With four Red Seal chefs, the kitchen is formidable. Manager on duty Viola gave us a nice tour of the operation including the galley, where it was clear the staff are 100% into what they’re doing. Don’t skip this stop, there’s no reason to. 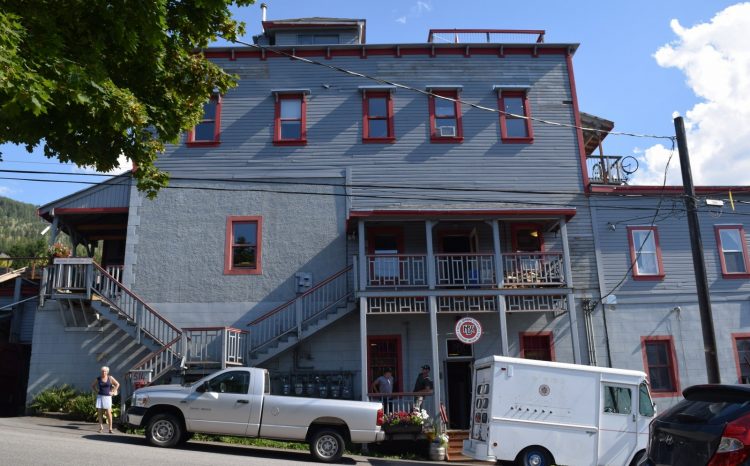 One of the reasons to travel BC on a brewery tour is to travel British Columbia itself. For most of the Kootenay leg, the vast landscape is the primary reward for the time spent in the car. When you get to Nelson, the village itself is a reward. Note that here we use the term ‘village’ to connote not the size but the bo­hemian spirit of the place. As first-time visitors, we were happy to leave with a ‘Keep Nelson Wierd’ pin.

NBC is a local legend, now 25 years strong. New owners Matt & Kate Walker have great plans to modernize the operation, which currently has no real tasting room (but by all means let them know you’re coming and they’ll give you a tour). We met with head brewer Jerry Grant for an informative walk around the facility. Demand is high for their big sellers like Wild Honey and Harvest Moon Hemp. New online is a coffee stout in col­laboration with local roaster Oso Negro.

Earlier in this issue we spotlighted Crannóg Ales, well known as an organic farm brewery. As BC’s largest-ever organic brew­ery—by a country mile—it’s amazing that Nelson isn’t more widely recognized for committing to its own program. If a brewery this size can do it, will others follow their lead?

The size and philosophy of Torchlight, a short walk down the hill from the main drag, is reminiscent of Kettle River, as dis­cussed in our Kelowna coverage. The brewhouse is miniscule but very experimental; since 2014, the guys had brewed 42 dif­ferent beers by the time we dropped by this summer.

On tap, they had Noctis (dark lavender & hibiscus sour) and 3 other beers plus a Cherry Kola. Open Tuesdays to Saturdays.

Petri Raito & Ryan Arnaud grew up in Winnipeg and started a U-Brew in Trail, eventually converting to a commercial brew­ery. As residents of nearby Rossland—a mountain village des­tination in its own right—they tired of the trek and eventually moved shop closer to home. They’ll be expanding before long, as demand drives them out of their charmingly quirky current facility to a more practical location across the road.

There’s a half hour investment to detour here. We mention that only to confirm that it’s a no brainer. Do not miss this one.

We conclude our massive tour of BC brewing with the very smallest commercial brewer we know of. Spencer Hill Cottage Brewery is Norm Chapman, a retiree working out of his de­tached former two-car garage. He makes 100 bombers a week, all of which are instantly spoken for. To acquire one, we visited the BC Liquor Store in Grand Forks, and sure enough, they car­ry it. That puts Norm in a category that this otherwise home­brewer is certainly unique in. If you’d like to visit him, you can do it between 12 to 4 PM on Saturdays. It’s worth the planning if you enjoy listening to an intelligent man discuss his craft.