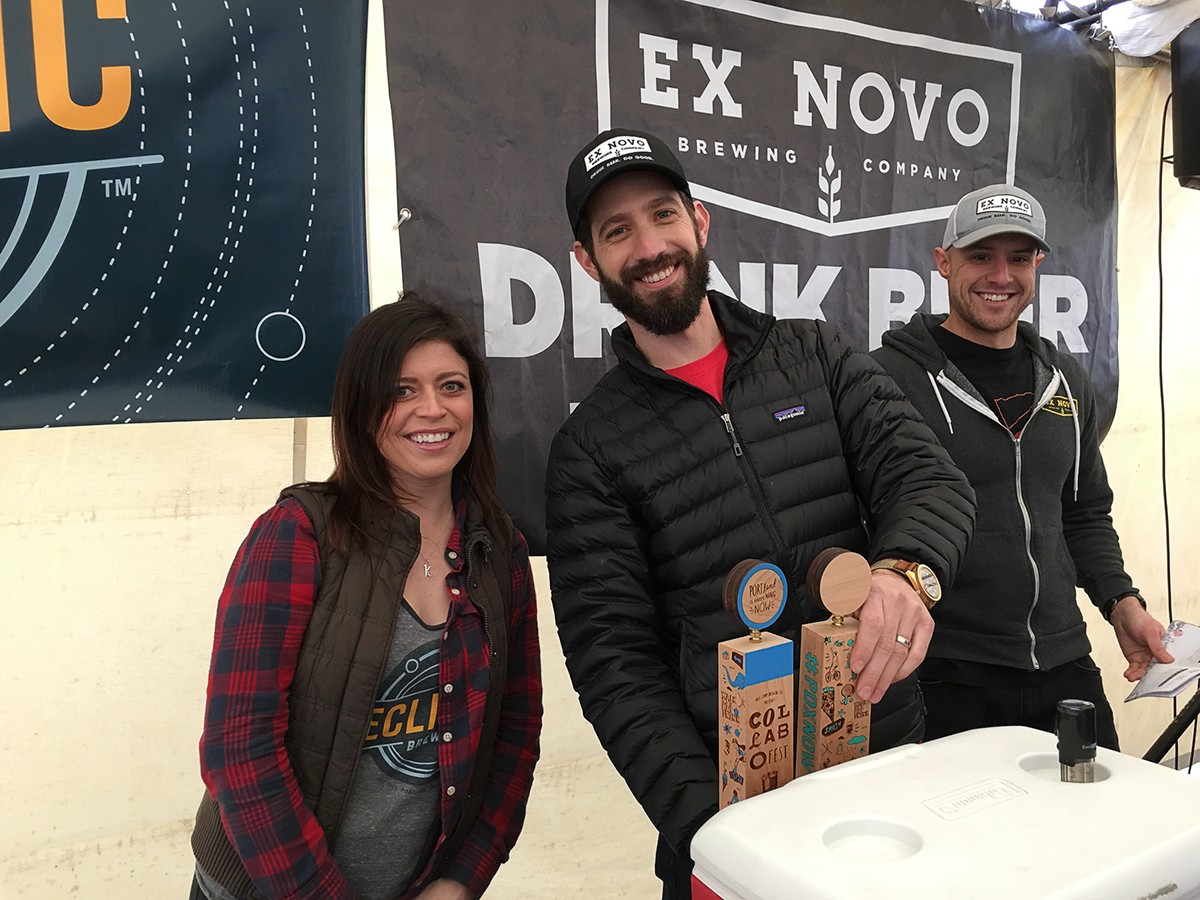 First off, let’s take a look at two Oxford definitions for collaboration:

1) Something produced in collaboration to reach a common goal or, the more sinister:

2) Traitorous cooperation with an enemy 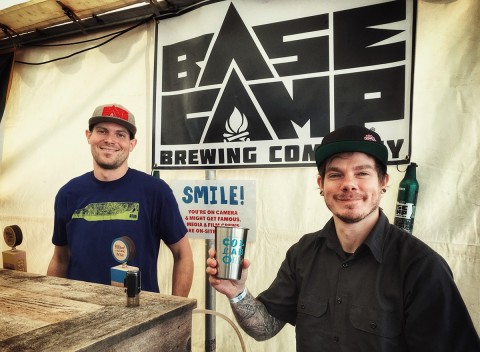 Oregon Craft Beer website states, “This celebration of Portland craft brewing showcases the camaraderie, innovation and collaborative spirit that helps place Portland at the global forefront of handcrafted beer and cider.” Seems like a good enough reason to get on a train from Vancouver BC and venture down south of the border to check out Collabofest!

On the East side of the Willamette River is a wonderful nest of breweries, many within walking distance and just across the river from downtown. The history on this side dates back more than 180 years, and is just as rich as that of the downtown core. From its beginnings of orchards and hay growing, the south, light industrial are a of 20th century Portland continues to evolve today. The 21st century sees this historical area developing hip eateries, breweries, pubs and night spots.

Right in the middle of this new swarm of activity is Base Camp Brewing Company, a community leader in its 12th year of production. Mogan Tashea, Events Manager for Base Camp states, “We started BCBC as a way to combine our two passions, craft beer and the great outdoors—which aren’t all that uncommon here in the Pacific Northwest. We’ve been lucky enough to bring a group of incredible people into the Base Camp family and, with a ton of hard work, have been very fortunate to share our efforts with folks far and wide.” 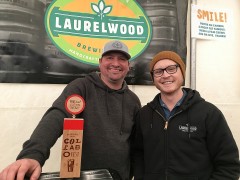 That takes us to Collabofest—part of Travel Portland’s “Happening Now” campaign that runs through fall and winter months. A common element in the Portland beer scene is that many breweries collaborate year round with each other, so a festival to celebrate this was a sure winner. It is a daunting task to select the 18 out of a total of 67 breweries: a pairing party is held at October Base Camp, where large and small breweries with a wide range of products are selected then matched together via random draw. Once paired, the breweries plan to return for the festival in late January with two beers to serve at each station. Let the collaborations begin! 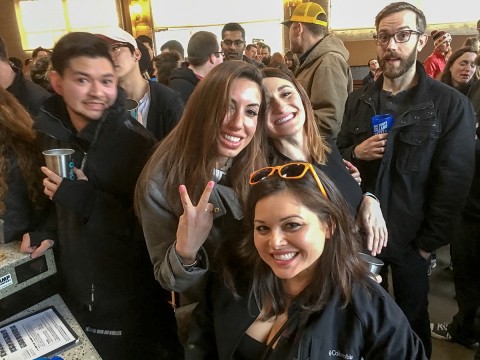 The weather certainly can be a bit of a concern in late January at an open-air festival, but the sun did shine. We had a couple of heavy showers, but as soon as the sun came out it was like we had shifted gears and were back in springtime. There were large open tents to protect against adverse weather, but mostly it was a very pleasant day. Under one of those tents was human floozball. You had to be there to see it!

This year there were 16 beers and a cider. Supplied were a stainless tumbler and a beer notebook with which to make notes after each tasting station. Each 4 oz. (sometimesmore) serving came with a big smile from each of the brewers. Somehow, with more than 1500 attendees, I felt like we were all part of a big, happy collaborating family.

Next Issue:  Bridges to Beer: visiting 5 of Portland’s craft breweries

Read about all of the 2016 Collabofest beers- By Molly Woodstock