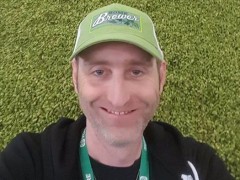 While contemplating what I wanted to write about for this issue I started thinking about my first brews back when I was a first-time homeowner on a budget. Then I started thinking about other home-brewers I know and what they made for their first several brews. Then it came to me. Way too many people make the same move and I believe they are doing themselves a disservice. (Note-for purposes of this column I will assume that you have moved on from kits and are diving into all-grain).

I am talking about making that Imperial Vanilla Sour Cherry Coffee Bourbon Oaked Stout dry hopped with Citra, or whatever similarly ridiculous and over the top beer that inevitably most newbies envision and attempt. I myself am guilty although mine wasn’t quite that crazy. Mine was an imperial stout with molasses that could have been 11%.

Why is this not the best idea, I will explain. When you first start you really should be concentrating on the method, not the ingredients. I would suggest that in the beginning you don’t want to spend good money on expensive floor-malted Marris Otter or Bohemian Pilsner. “Why not?” you may ask. After all, better ingredients means better beer, right? Not always. Before you spend good money on ingredients refine your technique. I can pretty much guarantee that your first half dozen brews will have issues as you navigate unknown territory and learn the best way, by making mistakes.

Buy some North American 2-row pale malt. Or maybe even some ESB malt for a bit more colour and flavour.  Pick up a few ounces of a good versatile hop pellet. Pick up a packet of some quality dry yeast. That’s it. Keep it simple. The more ingredients you put in the less you will understand what each is bringing to the party. Now you’re ready for your first brew.

I would suggest the most basic recipe there is, a SMASH beer. What is a SMASH? It is a acronym meaning Single Malt And Single Hop. Here is an example:

Easy enough? Yeah right. Sounds easy here but when you actually do it you will have difficulty hitting your temperatures correctly, your racking cane will get clogged, you will drop the spoon into the wort, your fermentation temperature may fluctuate wildly, etc. That’s why you need to keep the recipe simple, the method and technique will be more than enough for you to worry about. Once you can hit your times and temps consistently and the beer tastes the same each time you make it, then you can start messing with recipes. (Anyone who has taken my class but ignored this advice is nodding their head right now). Make sense? Believe me, you will be become a better brewer following this advice.

Once you can re-create that SMASH one brew day to the next, then you can start tweaking that recipe. This next bit is very important. Change ONE ingredient at a time. Do not change both the hops and the yeast, or the hops and the malt. Why? Because you won’t know how each of those items has affected the flavour and aromas of your finished beer. If you change one thing at a time you will be able to have a side-by-side comparison and know exactly what the item you changed is doing to your beer. For a SMASH I would change either the hops or the yeast first. You will be surprised how much the yeast can affect flavour and aroma. Maybe even just change the fermentation temperature by a few degrees. You will learn a lot by systematically changing one thing from one batch to the next.

I discovered my favourite yeast strain by making the same pale ale recipe over and over again but just changing the yeast each time. (Wyeast 1318 if you need to know). I also discovered some of my favourite hop varieties using this same method. The same method revealed a certain type of malt that gives the beer a flavour that I find unpleasant. I do not use that malt now, ever. (C120).

Once you have been through this process, you will have a much better understanding of what each ingredient adds to the final product and you will be able to make better decisions on picking recipes or even making your own recipes. A very quick way to get through this stage is to visit your local home-brew store and ask about purchasing a couple oz each of several base malts and specialty malts. Crush them up and add each to a cup of hot water and make a tea from it. Let the grain steep for at least 30 minutes. Take a smell of each one. Now take a spoon and slurp up a bit of each one. They will smell and taste different. The ones you think taste better are ones to remember and use in your recipes. The same thing can be done with hops.

Remember, this is all about personal preference. If you tailor your recipes for your palette, you inevitably end up making the best beer you have ever tasted in your entire life. Until you tweak it a bit more and make one even better.
Now go make some beer!