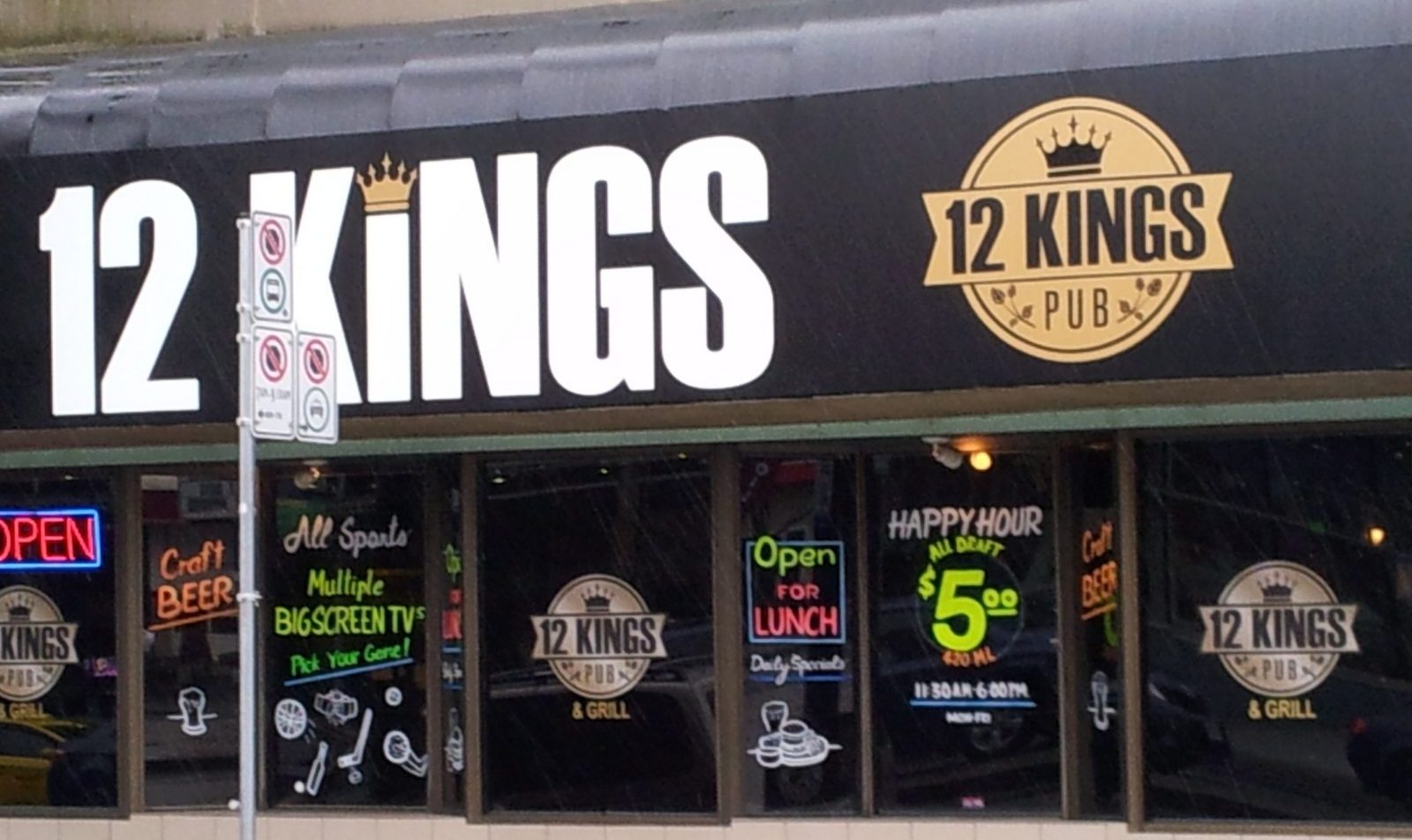 Armin Sodhi took over what is now the 12 Kings Pub (12th & Kingsway, Vancouver) in Fall 2014, and introduced 12 taps of craft beer into a Kingsway sports bar. What’s Brewing caught up with him to find out how the concept is working out.

WB: You have 12 beer taps at 12 Kings. All of them are allocated to craft beer. Why?

WB: Why did you start a craft sports bar?

Armin: All of the founders of 12 Kings are fans of both craft beer and sports. It was hard to find both in Vancouver at the time. Why couldn’t there be a good craft beer sports bar?

WB: How did previous patrons take to the change in beer lineup?

Armin: We knew there would be people that wouldn’t be into craft, so we reserve one tap for a house lager. Our top seller is Coal Harbour’s 311 Helles, aka 12 Kings Lager. Our #2 seller is our ‘house IPA’, Play Dead  by Yellow Dog.

We do have bottles of Bud, not only to pacify certain patrons but also because it’s mandatory to have this in order to be listed as a Whitecaps Supporter Pub.