You may have heard of it but never seen it. It’s eight inches long, thick (and getting thicker), and meant for adults only. You’d like to lay your hands on it, it’s gone from taprooms as fast as a Driftwood wet hop IPA. Spawned from the pages of the Vancouver Westender, The Growler debuted at the beginning of 2015 and caught people’s imagination right away. Unlike the humble publication you’re reading right now, The Growler is exceedingly professional in presentation, eye-catching, and clever. Also, it’s useful.

The Growler bills itself as a Craft Beer Handbook. Its core content is a directory of BC breweries with useful information about sample brews listed. Clearly inspired by Vancouver’s recent craft beer explosion, the book downplays brewpubs (so 1990s) and focuses mostly on straight brewery operations, which is aligned with modern Cascadian craft beer culture’s zeitgeist. The second and third editions have expanded to cover more of BC. All the while the price remains at $0. There actually are some locations that have copies left. A handy list of outlets to call is here: www.thegrowler.ca

Interview with Stephen Smysnuik of The Growler 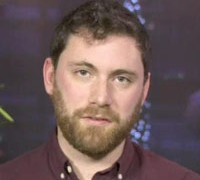 WB: You’ve been writing about beer for the Vancouver Westender for some time now. How did you convince them to take a chance on a quarterly beer-only publication?

It all kind of came together unintentionally. I started working for the Westender last May as their digital editor. At the same time, I had pitched the parent company, Glacier Media, on the idea of The Growler – I had the name, the concept, everything ready to go. I started writing a weekly beer column last October, which in turn helps to promote The Growler. Because I was already at the Westender, and because it’s a lifestyle publication with a staff with experience in what I was pitching, the powers-that-be decided that we’d simply run it out of the Westender office until it could stand on its own as a business.

WB: It looks fabulous. How has the response been?

The response has been huge. We can’t print enough copies – they’re gone within a week or two of any given brewery having them. I think people like how comprehensive it is, along with the aesthetic and the humour. Facebook and Twitter engagement has been a bit tough for us because we don’t publish online yet, but we’ve built a decent Instagram following.

WB: You’re working on a website. When should we expect it, and how will it complement the printed Growler?

We’re hoping for a late fall/early winter launch of the site. It’ll be very simple. The Growler really is about selling a tactile experience like the craft beer industry is, so the book is the main focus. We’ll have online versions of all articles in the books, some original web-only content along with more comprehensive brewery profiles, including up-to-date info on the beers on tap at all the breweries.