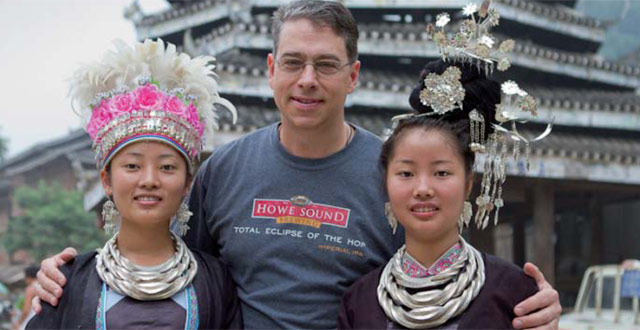 With the craft beer market share in BC at 20% and the number of craft breweries in the province approaching 100, the landscape is starting to look a lot like Downtown Vancouver’s skyline. That’s not to say the market can’t sustain more breweries, given the other 80% that hasn’t come under the craft beer umbrella, but there will need to be more growth. The question is, where will it come from?

The easy days – if there really ever was such a thing – are over. Considering names like Surgenor, DIX, Taylor’s Crossing, and R&B, opening a craft brewery in BC is no longer a sure thing. Having a passion is not enough to carry a business. Now, a lot more dispassionate business acumen has to go with it. Marketing needs to be a fundamental component of one’s business plan, not an afterthought. That means realistically analyzing the market to find your niche and developing a strong brand around it before spending a cent on real estate and plant. Or for those with an existing business, it’s time to take a hard look at where the industry is going and ask yourself if major changes will be needed in how you operate to stay in the game.

As I anticipated, increased competition has breweries – especially those without a clearly defined niche – increasingly searching for new markets. Logically, the first forays outside BC have been to Alberta and Washington. Then, it’s only natural that the rest of North America eventually came into view. Anywhere else?

The journey of a thousand li begins with a single step.
– Lao Tzu

The ideal market doesn’t have a lot of competitors and is at an early enough stage where the growth curve is steep. That actually describes China well. Since 2011, when I saw the foundations of a craft beer culture being developed in Beijing and Shanghai, I’ve been quietly telling BC brewers to look into exporting there. A few have. Only Russell has a physical presence via a licensee.

Four years on, the Chinese beer market is now the largest in the world. The leading brand – surprise! – is a watery lager called Snow (?? ), of which 100 million hectolitres are brewed every year in over 90 breweries. SABMiller owns 49% of the parent company that controls 24% of the national beer market.

If pushing back the fizzy straw-coloured tide sounds like déjà vu, you’re right. But things move faster in China than here. Growth in the craft beer market is drawing in interest from more and more European, American, Aussie, Kiwi, and Japanese breweries. We shouldn’t be late for the party. At the same time, we need to be realistic.

When I talk to people about exporting to China, one of the first things to always come up is the country’s population of 1.4 billion people. Yes, that’s a big pie, but all of them don’t drink beer! And for those who do, how many can actually afford to drink your expensive import, even if they happen to be inclined to try something that looks nothing like what they know as beer? Old Hundred Names in Zhengzhou certainly can’t. For him, a US$1.10 500ml bottle of Snow is affordable.

All Look the Same?

So first you’re going to need to figure out who in China will likely buy your beer. Realize that as the third largest country in the world in terms of land area, China is quite diverse. There are 56 officially-recognized ethnic groups speaking over 290 languages living in 33 province-level administrative divisions spanning five physical macro-regions that range from alpine in the Tibetan Plateau to tropical in the far south.

The good news is that it’s highly unlikely you’re going to need to get into that much detail since China’s economic powerhouse is the east coast. With a population of over 24 million, Shanghai is China’s commercial capital and most cosmopolitan city. This makes it a popular entry point for many foreign businesses. It may just be enough for you to focus on carving out a niche in Shanghai alone.

Alternatively, the Pearl River Delta megalopolis in southern Guangdong province is the largest urban area in the world. Guangzhou and Shenzhen, its leading cities, are among the wealthiest in China. Their close links with neighbouring Hong Kong mean they are China’s earliest adopters of international trends. Hong Kong also offers a convenient, reliable business base that is a dynamic craft beer market in its own right. The Cantonese culture of this region is one we are most familiar with in BC since it was the source of most of our Chinese immigrants prior to 1997.

It’s Who You Know

To have any chance of developing significant sales in China, you’ll need to plan a suitable entry strategy, then develop the necessary relationships to make it happen. Unless you see it for yourself, you can’t assume a distributor has the reach they say they do, understands your product well enough to market it effectively, or cares that their retail accounts will handle and sell it properly after it gets in their stores. They will, however, quickly recognize an opportunity and go after it, no matter how unprepared. Ask any craft brewery in China what is needed most and they will all tell you it’s education. Sound familiar?

Fortunately, a convenient solution may be at hand. CRAFT Beer Market will open its first location in Shanghai within the next six months. A second Shanghai location is planned with additional restaurants being considered for Beijing, Hong Kong, and Macau. They will need beer. I would also suggest finding ways to support them in any way possible because their success can also be yours in the most cost-effective way that I can currently see. Keep in mind that the US Brewers Association has a very active export development program and they have received assistance from the US Department of Agriculture.

Ready to take the first step?

To keep up with craft beer developments in China and Hong Kong, follow me on Twitter @GreatHopForward.

Originally published on the B.C. Beer Blog on September 2, 2015